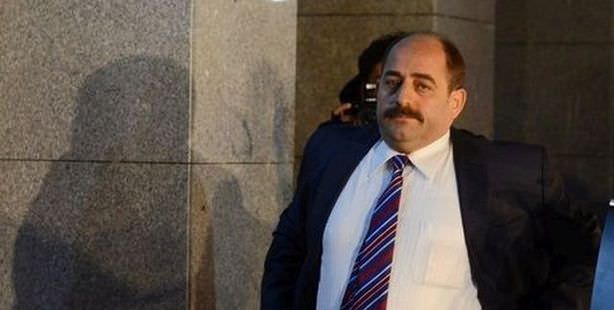 Deputy Chief Public Prosecutor Zekeriya Oz, seems to have been too busy travelling throughout 2013 until he took action in the Dec 17 operation.

Turkey's daily Sabah newspaper revealed that Istanbul's former Deputy Chief Public Prosecutor, who conducted the Dec 17 operation in Istanbul for alleged bribery related to public tenders and gold smuggling, had not been active in any 2013 investigations, according to the time sheet issued annually by the Istanbul Public Prosecution Office, Graft prosecutor Oz was involved in no official investigations or criminal charges or verdicts of non-prosecution within the last year. Instead, he took 36 trips with 18 of them abroad, in 2012-2013.

Chief Public Prosecutors of Istanbul are liable for carrying out many crucial investigations. Especially Deputy Public Prosecutors, such as Ali Cengiz Haciosmanoglu, Oktay Erdogan, Ates Hasan Sozen and Fehmi Tosun, who are at liberty to assign cases to bureau prosecutors or handle them personally, have all investigated many critical cases in person. Yet, this was not the case with Oz.

Sabah made the details of Zekeriya Oz's luxurious Dubai vacation public. Upon such disclosure, the Turkish business tycoon Ali Agaoglu stated that Oz's holiday expenses in excess of $40,000 was paid by a representative of his firm in Dubai. Oz had denied all such claims and said "I have documents to prove that expenses were paid by me", yet, in his speech yesterday, he did not present any documents, but merely deemed the invoiced expenses, including a Safari trip, as being "forged".

Oz further claimed that his stay in Dubai along with his close friend and businessman Halil Ibrahim Demirhan, only lasted 3 days, between Oct 17, 2013 and Oct 20, 2013, and that the plane tickets were purchased from a travel agency, in cash. The only ticket that was purchased electronically belonged to one of his children and was paid using a credit card. He emphasized that all costs of the trip were covered by him or his colleagues and denied any extra food expenses in the hotel. Oz asserted that the cost of this vacation for him and his family, excluding the plane tickets was 4 thousand 250 Dollars.

The well-known business tycoon, Ali Agaoglu, sons of now former cabinet members and the general manager of Turkey's state-owned Halkbank were amongst the Dec 17 operation detainees. Some have been released since. Following Sabah's allegation, Oz was removed from his position and reassigned to the Bakirkoy Courthouse by the Supreme Council of Judges and Prosecutors (HSYK).