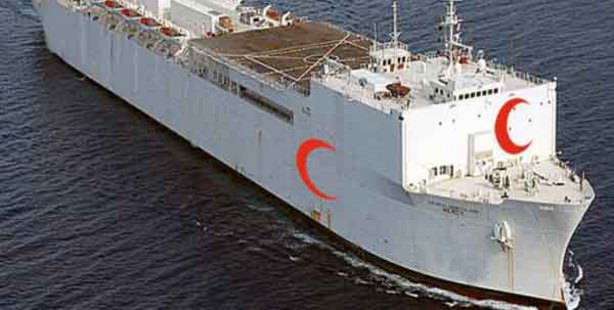 In addition to the many developments in the health system, Turkey’s Ministry of Health plans to tap into health tourism to make full use of the country’s potential, which currently sits at 20%.

All preparations for Turkey's first floating hospital are complete. Health Minister Mehmet Muezzinoglu spoke to Turkey's daily Sabah Newspaper about the floating which will be up for tender next month. He said "It was our PM Recep Tayyip Erdogan's idea. We realized its necessity, particularly while transporting our citizens to Turkey during the Pakistan earthquake and the incidents in Libya. The hospital will provide service 24/7. There will be 206 beds, 10 emergency polyclinics, 8 operation rooms, 16 intensive care units and 1 dialysis center, along with 2 heliports and ambulance boats onboard the 200 meter-long floating hospital. There will be 157 personnel, with 122 of them recruited as medical personnel and 35 as crew members. The hospital which will make invaluable contributions to Turkey's image will cost $100 million. The investment is planned to be completed within three years from the tender.

Muezzinoglu said that the aim was to treat patients in neighboring countries, along with the Middle East and the Balkans. In addition to noting that they were planning to increase the number of floating hospital ships in the upcoming years, Muezzinoglu said, "Health tourism is one of our major goals for 2023. We need to attract the Balkan states and the Middle East to Turkey. While a certain surgery in the West costs $100,000, we only charge $50,000 for the same. We are currently using only 20% of our full potential in this field. This rate is expected to rise to 70-80% in the next three years. Our 2023 goal is to reach 100%."

When it was revealed that many cancer patients receiving treatment at oncology centers were using counterfeit drugs produced in Istanbul last year, the Ministry of Health took action. The Medication Tracking System (MTS), which has been under study for some time, is going to be put into practice this month. Muezzinoglu said that the system would have a significant function against those who have deceived both citizens and the government up until today.

In addition to stating that there were 2,500 doctors abroad, who were involved in major studies in their fields, Minister Mehmet Muezzinoglu said, "We made a law for those doctors. It is pending the approval of our President. Doctors who apply within six months can return to Turkey and they will be held exempt from the compulsory state-assigned service. We focused on a concept that improves health for everyone."
In Turkey, graduating doctors are required by law to work in a state-assigned region for a certain time period before they can be allowed to work in the private sector. If the law in question is approved by President Gul, the said doctors will no longer be required to fulfil this obligation.