PM says state will fight against ‘virus’ in its midst 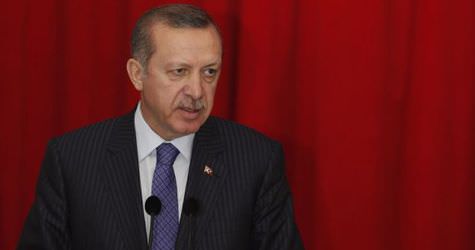 Prime Minister Erdogan compares the Dec 17 probe to the post-modern coup of 1997, satirizing it as the ‘post-friendship’ coup aimed to topple the government.

Prime Minister Recep Tayyip Erdogan, speaking in Malaysia to journalists accompanying him during his Southeast Asian tour, said there was still much to uncover about the Dec 17 probe that caused a serious crisis in the country. Erdogan described the Gulen Movement, which is accused of instigating the probe, as a virus and said, "You know, virus invades the body. It then settles in, but the body recovers and destroys the virus."

To reproach former ally of the ruling Justice and Development Party (AK Party), Fethullah Gulen who turned against the government upon its decision to close down his prep schools, Erdogan noted that the Dec 17 operation was a "post-friendship coup" while the Feb 28, 1997 coup was a "post-modern coup" carried out by the military. Describing the Gulen Movement's infiltration into the judiciary and police force as "a virus", he implied that they will purge these bodies: "the body eventually gets rid of the virus," he said.

Erdogan slammed the judiciary for the alleged corruption probe and the leaking of suspect names to the media and accused the judiciary of discrediting many of Turkey's major investor companies, which are all involved in mammoth projects such as Turkey's third airport and third bridge. He said the judiciary was disturbing the checks and balances system and acting as though it is above executive and legislative powers.

On the retrials of the alleged secularist and ultra-nationalist organization "Ergenekon" and the alleged secularist military coup, the "Sledgehammer", Erdogan said that the decision for allowing the retrials was not linked to the Dec 17 operation. He further stated that the media and the capitalist involved in the coup have not stood trial in the first round on Feb 28, but will be brought to justice this time round.

In regards to former Istanbul Chief Deputy Public Prosecutor Zekeriya Oz's allegations that he was indirectly threatened by Erdogan through two people from the judiciary to write a letter of apology, Erdogan said, "He is lying. I would never attempt such things. If necessary, I would discuss such issues with my Minister of Justice or his adviser. The records of his travels abroad are all available. If we dig deeper, we may uncover more dirt. The judiciary should first detox itself," and added that they are working on putting together judiciary-related package, signaling a reform.
Erdogan further denied all allegations of the main opposition party regarding the government's support of terrorist groups, al-Qaeda and al-Nusra in Syria.