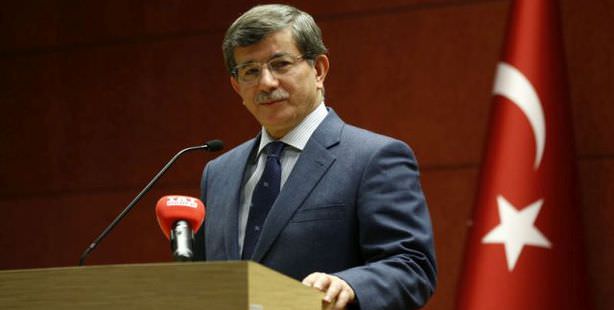 TurkIsh Foreign Minister Ahmet Davutoglu speaking yesterday before his trip to Paris to attend a meeting of the Syria’s Friends group, said both Syrian leader Basar al-Assad and Al Qaeda had to be eliminated, dismissing suggestions made by certain international institutions that Assad was the lesser of two evils. Davutoglu also condemned efforts to take over the Turkish state from within and without.

Davutoglu received the heads of the inter-parliamentary friendship groups of The National Grand Assembly of Turkey (TBMM) on Friday. Davutoglu made striking statements on the process that began with the Dec 17 operations, leading to the arrest of certain people including the sons of three ministers, the head of state-owned Halkbank, and renowned businessmen.

In his moving speech, Davutoglu also criticized the prosecutor who issued the search order regarding the truck carrying humanitarian aid for the Turkmens, for failure to consult with other government authorities in the region.