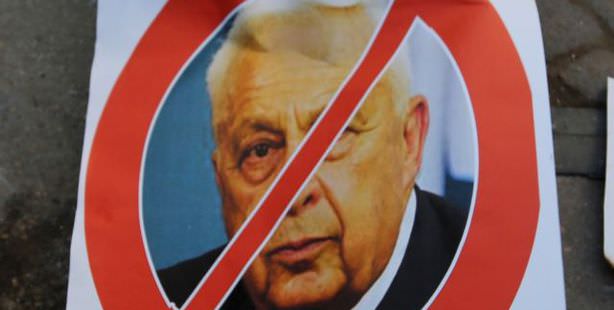 Turkish government officials did not attend the funeral of former Israeli Prime Minister Ariel Sharon. Also, no official condolence was issued by Turkey for Sharon who died at the age of 85 after eight years in a coma following a stroke.

Turkish Foreign Ministry officials already said they had not plan to issue condolences on the occasion. Meanwhile, ruling AK Party spokesman Huseyin Celik tweeted on Sunday, "Sharon fought for his life for 8 years. You die the way you live. I wonder if someone will say 'never speak ill of the dead'."

The latest statement from the Turkish Foreign Ministry on Israel was released the previous day. It condemned the announcement of tenders for the construction of new settlements in East Jerusalem and West Bank, terming them "illegal and against the international law."

Ariel Sharon, regarded a hero in Israel is known among Palestinians as the "Butcher of Beirut" for his role in the Sabra and Shatila massacres.

His body was laid outside the Israeli parliament Knesset for an official ceremony prior to the state funeral. Following the state funeral, he will be buried in his farm in Negev, beside his wife Lily who died in 2000.
Among foreign dignitaries who will attend his funeral are US Vice President Joe Biden, Russian Foreign Minister Sergey Lavrov, German Foreign Minister Frank-Walter Steinmeier, Czech Prime Minister Jiri Rusnok, Spanish Interior Minister Jorge Fernandez Diaz and former British Prime Minister Tony Blair. Strict security measures will be taken for the funeral.