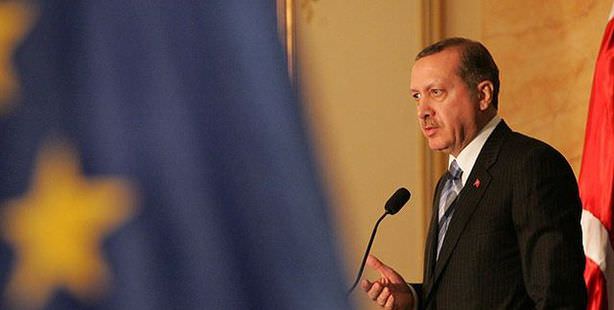 As the debates on a proposal to restructure the High Council of Judges and Prosecutors continue, Turkish Prime Minister Recep Tayyip Erdogan said: “See the judicial boards of the EU before talking about HSYK”

Erdogan responded to reporters' questions on the change in the structure of The High Council of Judges and Prosecutors (HSYK). Countering criticism regarding the proposal to change HSYK, Erdogan said the criticism was "ill-intentioned". "This is a criticism by a different state of mind and has an ideological approach to the issue. We will not allow it. This nation authorized us to govern the country," he said.
On criticism that the new HSYK would be "unique", Erdogan said, "I urge them to examine the similar structures in the European Union member states. They base their criticism on the views of some professors. We base our approach on the national will."

He said "the beauty of democracy" enables the opposition to take the bill on HSYK to the Constitutional Court. "We are aware that the imposition on this issue will not work out, but we have to take action if there is an attempt to prevent the government from fulfilling its duty. The executive and the legislative branches have a responsibility. The judiciary branch does not have to account for its actions, the government does. If you attempt to take steps to hinder investors, entrepreneurs and act under the orders of an ideology, we have a responsibility to stop this as executive and legislative branches. This is what we are doing now. We have to move forward. Building highways, bridges, high-speed railways, investors should not be hindered. You are damaging their credibility. You have no right to do that. It is simply malevolent," Erdogan said.

The ruling Justice and Development Party (AK Party) seeks to change the law on HSYK. Changes will allow tighter government control on HSYK and empower the Minister of Justice. The minister will be able to appoint officials to commissions overseeing the functioning of courts. The justice minister will also decide on the HSYK agenda. AK Party's proposal to change the structure of HSYK is confronted by the opposition parties. This led to intense debates at Turkish parliament's Justice Committee.
The government opposes HSYK's involvement in politics and called the opposition to approve the proposal to unite the judiciary organs and the Justice Committee already approved 10 articles in the proposed bill of 52 articles.