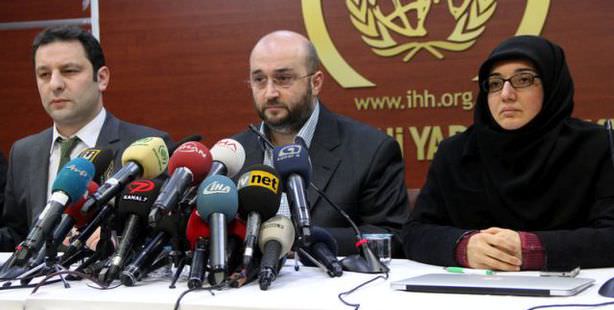 Police conducted search on Kilis office and storehouse of IHH Humanitarian Relief Foundation without a decent warrant and operated in the absence of lawyers based on dubious justification.

Police forces carried out an operation on the office of IHH Humanitarian Relief Foundation in the Yasar Akturk district of the southern city of Kilis. It is noted that the forces were appointed by the Van Office without any notification to the Kilis Office. Police teams evacuated IHH items and carried out physical searches in the foundation's storehouse. Following the search, police teams confiscated the computers and left the office without proving or announcing any crime or illegality. Later it was announced that the operation was based on an individual, apparently an IHH personnel, however, police forces never visited the individual's personal address and rather raided the IHH office and storehouse without decent procedures.

Authorities have not yet given any statements on the matter.

Following the incident, IHH officials held a press conference at the foundation's Istanbul based center. The secretary general of the foundation, Yasar Kutluay made a declaration saying "It was an unlawful operation performed at our Kilis office implying that IHH coordinates its relief efforts to Syria". Kutluay who remarked that the operation was conducted regarding an employee at the Kilis office, said, "Heaven knows why, the police came to IHH's Kilis office and seized all computers rather than raiding the home of that particular person".

Declaring the operation as "unlawful", Kutluay also added that IHH items were taken before the search, "to prevent them from witnessing the acts of the police." Kutlay also noted that the whole operation aimed to link IHH with the terrorist group Al-Qaeda as a part of the Dec 17 Operation to erode our government by this alleged link and to damage the humanitarian efforts in Syria.

The lawyer of IHH Humanitarian Relief Foundation, Ugur Yildirim declared that a criminal complaint was filed against the Kilis Prosecution Office. Noting that actions have also been taken in Ankara, Yildirim said that an investigation has been launched in Kilis by the Turkish Ministry of Justice on the police members who were active during this operation. Yildirim added, "Two public prosecutors have been charged with this investigation".

According to Yildirim, an investigation to link IHH to Al Qaeda was already launched in 2012 "Within this investigation, today's operation commenced upon the claim that the IHH Office is the home address of one an IHH employee, who has been working under insurance for nine months at the foundation's Kilis office."

Stating that the official warrant was received five minutes prior to the operation, Yildirim said, "This search warrant issued with the address of the IHH Kilis office was presented to the court as the permanent address of the relevant person, in a sense, misleading the court. It is from this aspect that the operation violates the law."

IHH is one of the biggest humanitarian aid foundations in Turkey, delivering humanitarian aid to people from many countries and taking necessary steps to prevent any violations against basic rights and liberties. The foundation gained worldwide reputation with the 2010 Gaza Freedom Flotilla. An illegal fatal attack held by Israel on the Mavi Marmara, IHH's leading vessel of the flotilla, leading to the death of nine civilians in international waters by IDF soldiers. The foundation is also predominantly involved in on-site humanitarian activities in Syria.

Previously the foundation was falsely accused of sending a truck to Syria allegedly carrying ammunition, yet both IHH and the Turkish officials dismissed the allegations as slanderous.