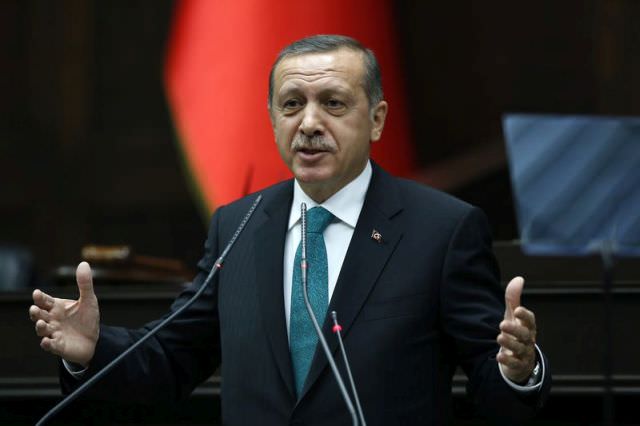 Speaking at the Justice and Development Party (AKP) Parliamentary Group meeting Turkish Prime Minister Recep Tayyip Erdogan declared the December 17 operation as a coup attempt and a betrayal of democracy.

Erdogan remarked on his weekly speech that an organization within the police and judiciary purposefully launched the December 17 operation and published their secret surveillance merely three months before national elections in order to derail AK Party support. He believes that domestic and foreign powers have intervened in an attempt to shift public opinion and ignite political chaos in Turkey. "This operation targeted our national interests, our brotherhood and our National Intelligence Organization (MIT). An intelligence agency has only foreign enemies, not domestic enemies," he said.

Erdogan called on his supporters to remain calm as panic will only lend an advantage to those attempting to harm Turkey and its economy. "I have always said that those sensing an AK Party victory in March 30 elections would resort to unpleasant ways. Our nation is aware of this plot, though they exerted efforts to hide it," he stated.

Criticizing opposition parties, Erdogan said that no other party was concerned with the separation of powers. "If one power attempts to impose its authority on other powers, this will be a problem. No power should intervene in another. The nation holds the legislative and executive branches accountable but the judiciary cannot be held accountable. Only Allah holds them accountable."

Erdogan added that the attack, disguised as a corruption probe, was the work of traitors and targeted democracy, elections and national will. Promising to deal with strongly with those who attempt to interfere in the democratic process, he added, "If you show mercy, you will need mercy. This corrupt plot will be revealed. We are not so weak as to succumb to those sinister viruses."

Concluding his remarks, Erdogan affirmed that his government has dug out corruption and punished those involved, and will continue to do so.