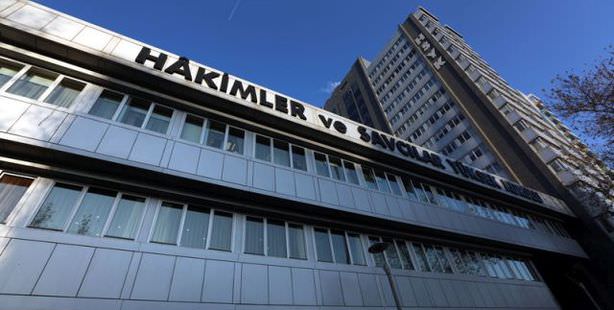 Turkey's ruling Justice and Development Party (AK Party) signaled that it might halt a judicial reform bill currently on Parliament floor, seeking to restructure the Supreme Council of Judges and Prosecutors (HSYK) and transfer some of its powers to the Ministry of Justice. The party's most recent move, if accepted by other parties, would resolve existing problems through a series of constitutional amendments.

Last week, the AK Party introduced a judicial reform bill to restructure the HSYK, which caused reactions from opposition parties. In order to ease tensions, President Abdullah Gul met with Prime Minister Recep Tayyip Erdogan and held separate meetings with opposition leaders on Monday. The Republican People's Party (CHP) leadership announced that they would agree to negotiations on the condition that AK Party halts its efforts to secure the Justice Commission's approval for the bill. "They first need to withdraw the proposal to create a platform for a possible consensus," CHP Chairman Kemal Kilicdaroglu stated on Monday.

The government seemed amenable to the idea on Tuesday, when Erdogan stated that his party was prepared to take the necessary steps to halt ongoing proceedings for the HSYK bill. "If the opposition agrees to the constitutional changes governing the judiciary, we will freeze the proposal and if necessary stop it from reaching the Parliament's General Assembly," Erdogan told members of the AK Party parliamentary group. The administration also suggested an alternative model to opposition parties that would allow each party proportional representation in electing HSYK members according to their relative share of Parliament seats.

In a broader context, a potential settlement between AK Party and opposition parties over the judicial reform bill might lead to a series of controversial constitutional amendments including the retrial of convicted MPs, a source at the Turkish Parliament noted on Wednesday.
President Gul commented on ongoing discussions on the HSYK bill and said that he would desire to solve this problem with constitutional amendments today in Ankara. ''If we reach a solution to this problem, it would create a positive psychology in Turkey in addition to demonstrating to the world that it is indeed possible to solve all in a democratic system.'' he added.

Meanwhile, Minister for EU Affairs and Chief Negotiator Mevlut Cavusoglu met with high officials from the European Union and Council of Europe, including EU Enlargement Commissioner Stefan Fule to inform about the HSYK bill yesterday in Strasbourg. Stefan Fule expressed the expectation that any change to the judicial system must not call into question Turkey's commitment as regards the Copenhagen political criteria in a written statement on his meeting with EU Minister Cavusoglu. Commissioner Fule further asked Cavusoglu to convey this message to Ankara. Cavusoglu will meet with Prime Minister Erdogan and President Gul today in Ankara.

The 27-member Supreme Council of Judges and Prosecutors oversees appointments within the judiciary. The Parliament's Justice Commission currently debates an AK Party-sponsored judicial reform bill that would entail major changes to the Council's current structure. The bill might make it to the General Assembly following the Commission's approval by early February 2014 if settlement efforts prove ineffective.