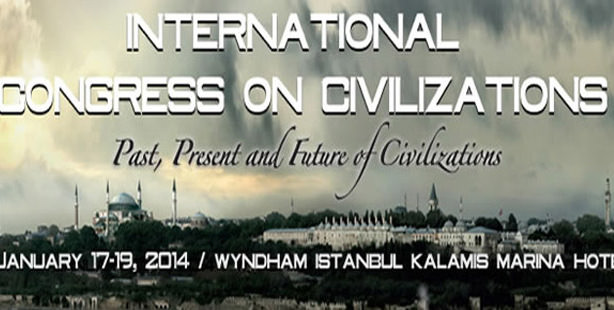 The International Congress of Civilization is currently taking place in Istanbul until Jan. 19.

Organized by Istanbul Medeniyet University's Center for Civilization Studies (ISMAM), the first of this series of congresses will focus on evaluating the notion of civilization. Rector of the university, Prof. Okur, stated that "Our understanding of civilization is a place where the righteous will prevail, not the strongest. To us, someone who kills a person is the same as one who kills all of humanity. And a person who saves one life is the same as one who saves all of humanity."
Prof. Okur stated that Turkey is a leading force in United Nations Alliance of Civilizations (UNAOC), in part due to the importance Muslim countries place on such a forum. He also drew on the speech that Prime Minister Recep Tayyip Erdogan gave at the opening of the 2008 UNAOC forum, emphasizing that the rhetoric of 'us against them' causes polarization and should be avoided.

Director of ISMAM, Prof. Hamza Ates, expressed that although the university has only been open a few years, it has already made great strides. "ISMAM aims to be an international center for civilization-oriented research, projects and publications…and to carry out this task, the center will hold symposiums, conferences and workshops on civilization studies; publish international journals, books and similar publications; as well as supporting research in the field. ISMAM will provide research, insight and counsel for state and private organizations."