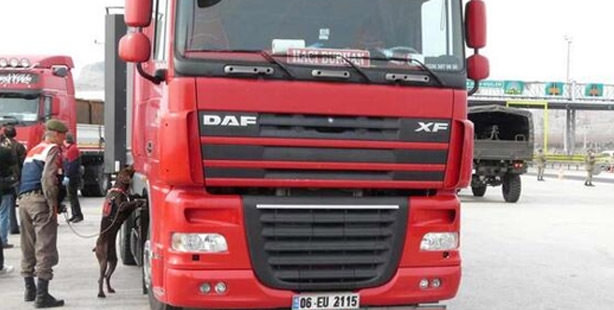 The Turkish commander who was responsible for the raid of 7 humanitarian aid trucks headed to Syria is linked to the parallel organization.

It was revealed that Adana Gendarmerie Regional Commander Brigadier General Hamza Celepoğlu, who raided the seven humanitarian aid trucks en route to Syria, is under the safeguard of the parallel organization behind the Dec. 17 operation that was concocted to disrepute Turkey's ruling AK Party.

Upon the allegation that documents were forged by the gendarmerie to facilitate the illegal wiretapping of
Taraf Daily writer Mehmet Baransu's telephone lines, the Supreme Council of Judges and Prosecutor (HSYK) launched two investigations. While Van Province Gendarmerie Regiment Commander Vecihi Halil İyigün was sentenced to five years 10 months in prison, former Istanbul Gendarmerie Commander Celepoğlu got off scot-free. The double standard applied during the probes was not disclosed by the involved parties, including Baransu.

According to documents obtained by Sabah's intelligence unit, the Van prosecution Office sent Brigadier General Celepoğlu's case file to authorized Istanbul Chief Public Prosecutor's Office. HSYK was asked to launch an investigation on the Celepoğlu case. Following approval of the 3rd Chamber of HSYK to carry out investigations, the case file was delivered to Chief Prosecutor Fikret Seçen, who had no authority to carry out the investigation.