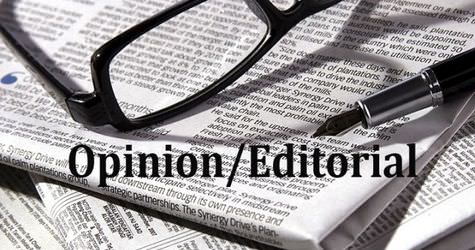 The recent corruption probe-cum-power struggle in Turkey led Gulenist media outlets and commentators to echo what once was a left-extremist smear campaign. While making frequent references to universal values such as the rule of law, the Gulenists embarked on a deliberate campaign to brand the Erdogan administration as a supporter of al-Qaeda and other radical organizations in Syria and elsewhere.

Over the last few months, various media outlets in Turkey and elsewhere have increasingly concentrated their coverage on the threat of al-Qaeda and other radical organizations in Syria. While international observers seem to highlight radical groups within the Syrian opposition in an attempt to absolve their governments for allowing the Assad regime to maintain power in return for destroying its chemical arsenal, similar media coverage in Turkey tends to stem from certain groups' overall dislike of the Erdoğan administration. Most recently, however, allegations that the Turkish government sponsors radical groups in its southern neighbor surfaced in former pro-government media outlets who currently seek to shatter the government's legitimacy and trustworthiness.

The recent corruption probe-cum-power struggle in Turkey led Gulenist media outlets and commentators to echo what once was a left-extremist smear campaign. While making frequent references to universal values such as the rule of law, the Gulenists embarked on a deliberate campaign to brand the Erdogan administration as a supporter of al-Qaeda and other radical organizations in Syria and elsewhere. In addition to unsubstantiated allegations that Turkish intelligence officers were caught red-handed as they illegally transported weapons to across the country's southern border, a similar story surfaced in Adana, where the police allegedly discovered weapons and ammunition hidden in the cargo section of a passenger bus. As such, Gulenist operatives and their collaborators sought to build upon the increasingly popular view of Turkish Prime Minister Erdoğan as an authoritarian ruler with a secret Islamist agenda by echoing concerns that Turkey seeks to turn its back on the West –especially the United States and Israel.

The Turkish government, however, has successfully reiterated its commitment to electoral democracy and rejected claims that it sponsored al-Qaeda affiliated groups among the Syrian opposition forces. While Prime Minister Erdoğan stated that "whether it is al-Qaeda or not, we universally condemn acts of violence as Islam is the religion of peace," Foreign Minister Ahmet Davutoğlu warned that increased domestic and international media coverage of the al-Qaeda presence in Syria ran the risk of making the Assad regime look like "the lesser evil." Turkey, one of the most ardent opponents of the Syrian regime, also signaled that it would support a diplomatic solution provided that Assad would be removed from power while acknowledging that growing al-Qaeda influence across the border would inevitably pose a national security risk. For Western commentators, the threat of radical Islam would mean that their governments' failure to successfully negotiate an end to Assad rule might have been a blessing in disguise. Meanwhile, the AK Party government's domestic critiques seek to link Mr. Erdoğan, a known Muslim democrat, to al-Qaeda in an attempt to delegitimize Turkey's political elite and their vision for the country. Inevitably, the Erdoğan administration's actions over the past decade and in the future will speak louder than words.