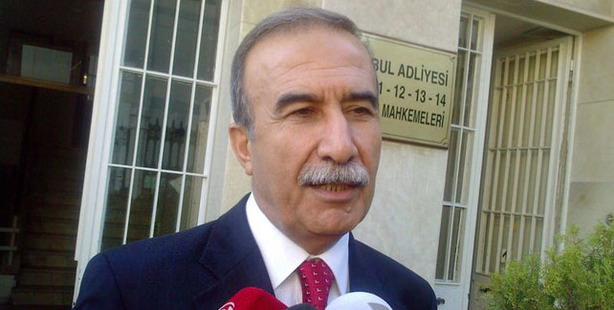 Former police chief Hanefi Avcı, found himself in jail after publishing a book revealing the infiltration of the Gülen Movement in the police. Avcı says Gülenists went as far as intervening in Turkish intelligence activities by illegally raiding trucks used by the National Intelligence Organization (MİT). He says Gülenists are influential in the judiciary and police and the government was too late to stop their plot.
Following the Dec. 17 operation, the movement sought to discredit the government further through operations targeting the trucks headed to Syria under the protection of MİT. Avcı says prosecutors cannot intervene in the affairs of MİT. "The state can authorize arms delivery through MİT and nobody is authorized to stop it," he said and added that this operation aims to taint Turkey's reputation as a supporter of terrorist groups in Syria.

According to Avcı, the AK Party government became aware of the Gülenist plot long before attempts to remove National Intelligence Organization (MİT) chief Hakan Fidan. He points the finger at Zekeriya Öz, top prosecutor in the Dec. 17 operation against the elected government. Avcı says Öz forged a connection between the Oda TV lawsuit and the Zirve Yayınevi murders trial to round up dozens of people as suspects with trumped up charges. "He ordered the arrest of bureaucrats, intellectuals and journalists," he said. However, the prime minister was notified of the plot and he suspended both Zekeriya Öz and police chief Ali Fuat Yılmazer. Hanefi Avcı blames the government's slow response to the Gülenist plot. "If the government was as determined in the Hakan Fidan case as it is now, the plot would have been prevented," Avcı claims.

He says Gülenist minions wiretapped thousands of people, conducted surveillance and blackmailed those people. He further claims that the movement pressured businesspeople to extort money: "Just take a look at the current sponsors of the Turkish Olympics."

Avcı pointed out the irregularities in his case as an example of Gülenist involvement in the judiciary. He affirms deliberate delays in paperwork to keep people in detention for longer periods and perfunctory examination of the case. "Judges and prosecutors decided on a verdict for me even before the end of the trial," he said. Avcı was sentenced to 22 years on charges of aiding a left-wing terror organization, one month after the release of his book on the Gülen Movement's infiltration into police. The long claimed charges against him were fabricated.

A reign of fear emerged in the past decade through Ergenekon trials. "Everyone was scared of imprisonment. They could have accused you of running the gang at exclusively authorized courts through fabricated evidence," Avcı said.