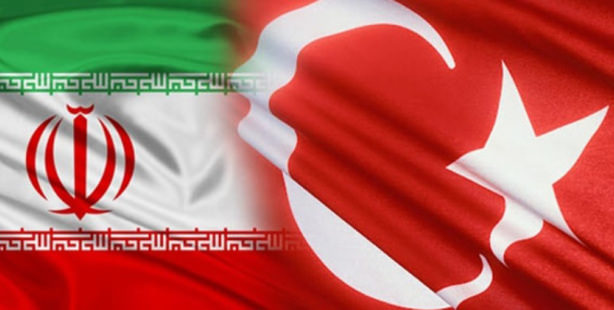 Turkish Prime Minister Erdoğan’s visit to Tehran this week is another step towards increasing bilateral trade and strengthening ties between the two countries.

The relationship of two neighboring countries, Turkey and Iran has generally been peaceful since the establishment of the modern states, the Republic of Turkey and the Islamic Republic of Iran. However, both countries approach each other with suspicion with relationships strained at times. However, this time things seem little different as the two countries are willing to overcome the suspicion and would like to strengthen ties.

Turkey's Prime Minister Recep Tayyip Erdoğan will meet with Iranian leaders during a two-day official visit to Tehran on Jan. 28 and 29. The event represents the first senior-level visit from the Turkish government after Hassan Rouhani's victory in the presidential election of June 2013. During the visit, Prime Minister Erdoğan will meet with the religious leader of Iran, Ayatollah Ali Khamenei, and President Hassan Rouhani, and the first vice president of Iran, Eshaq Jahangiri on Jan. 29. Erdoğan will also deliver a speech at the International Institute of Iranian Foreign Ministry on Turkish and Iranian relations.

Early signs of improvement in bilateral relations included visits from the foreign ministers of both countries to each other's capitals within a short time period. Iranian Foreign Minister Mohammad Javad Zarif had visited Ankara on Jan. 4 only a week after Turkey's Ahmet Davutoğlu met with Iranian officials in Tehran. During Zarif's meeting with Davutoğlu, the two countries reiterated their determination to boost bilateral trade and stressed the need for mutual cooperation on regional issues including Syria. As bilateral trade between Turkey and Iran reached $15 billion last year, both governments made a commitment to increase the annual trade volume to $30 billion by 2015.

In line with previous talks between foreign ministers, Iran and Turkey are expected to sign a strategic cooperation agreement to increase bilateral trade and strengthen their relations during Erdoğan's upcoming visit.

Over the past years, Turkish authorities offered significant assistance to their Iranian counterparts in easing international sanctions through a "gold for oil" arrangement between the two countries. As part of this deal, Turkey exported gold and silver to Iran directly or through the proxy of the UAE in return for Iranian exports including oil and natural gas. Turkey's state-owned Halkbank, which facilitated the program, had long faced criticism from the United States. However, David Cohen, Undersecretary of the U.S. Treasury for Terrorism and Financial Intelligence, cleared Halkbank's processing of oil payments to Iran during a visit to Turkey on Jan. 27. "Halkbank has for some time been involved in handling oil payments for importing oil from Iran into Turkey and we expect that to continue," Cohen remarked.

Last week, the United States and the European Union partially lifted economic sanctions on Iran after it unplugged banks of centrifuges involved in its most sensitive uranium enrichment work. The move was part of a deal aimed at easing concerns over Iran's nuclear program. Turkey has expressed hopes that the easing of sanctions against Iran will open business opportunities, especially in the energy sector. Despite Turkey's expectations, David Cohen warned, "Businesses interested in engaging in Iran should really hold off. The day may come when Iran is open for business, but that day is not today."

Energy is also one of the key issues that will be discussed during the visit. Iran is Turkey's second biggest gas supplier after Russia. Turkey uses a significant portion of its imported Iranian natural gas to generate electricity. In 2013 Turkey imported $ 7.6 billion worth of Iranian natural gas and crude oil and the Turkish side seeks to improve relationships on energy related issues. Last November, the Turkish foreign minister said his country could become an energy corridor for its eastern oil - and gas - rich neighbor, Iran. "Turkey's annual energy demand reaches $60 billion. Turkey is a corridor country while Iran is a producer country. If we fuse both potentials, Turkey could become the corridor for energy provider Iran," Davutoğlu said.

Mutual cooperation on regional issues, especially Syria, will be top of the agenda during the visit. Despite Iran's non-attendance at the Geneva II peace conference last week and continued differences of opinion between Turkey and Iran, there might still be ample opportunity to promote cooperation between the two countries as the Turkish government expects to find common ground with Tehran on the future of Syria. Mehmet Özkan, a foreign policy expert with the SETA Foundation echoed this sentiment. "After the leaked photographs of torture and the Geneva II meetings, Turkey expects some sort of common ground for a possible solution. Both countries will initially welcome the limited agreement in Montreux especially with regard to the human corridor and humanitarian aid. They will also uphold the Geneva process as the only available mechanism as of now." Despite continuing hopes for cooperation with Iran, Özkan remarked that Turkish authorities' expectation remained realistic. "I do not see a possible compromise and solution soon, but they will discuss the issues and try to find common ground," Özkan added.

Rouhani's victory in Iran's 2013 presidential election was a clear protest vote against his predecessor's management of the country's relations with the Western world. Since Rouhani's rise to power, Iran has been trying to rekindle its relationship with the international community. Tehran's related outreach policy to strengthen ties with Turkey might offer mutual benefits for the countries even though major disagreements persist on many issues.