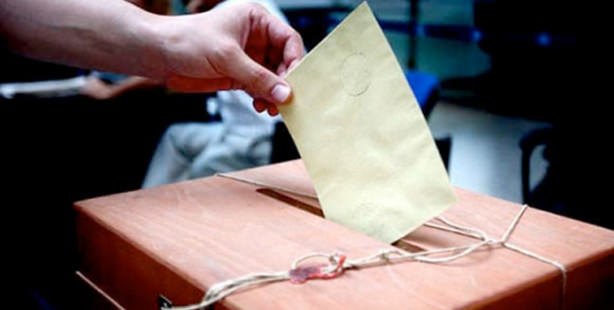 The results of much anticipated public opinion polls carried out by renowned research agencies were recently released. AK Party will be leading the municipal elections to be conducted in March.

The controversial Dec. 17 operations plotted by the Gülen Movement raised questions regarding the outcome of the upcoming March 2014 municipal elections and whether there would be significant changes in the distribution of votes and approval rates of the current government. Recent public opinion poll results indicate that there are no significant shifts in the overall distribution of votes.
A number of different surveys were conducted by various research agencies to analyze the overall viewpoint of the public.

Denge Research Institution conducted face-to-face surveys amongst 3,738 people in 25 cities between Jan. 4 and Jan. 8. In brief, 53% of the people are of the opinion that the Gülen Movement was behind the Dec. 17 operation aimed at discrediting the ruling AK Party and following events. 44.4% think that the operation was a plot backed by foreign powers. Moreover, 68.6% of the people believe that there were attempts to install a 'parallel state' and 80% of those surveyed considered Fetullah Gülen's curse as an unfavorable and derogatory act. On the other hand, there is significant support for the shuffles in the police organization and security forces with 51% in favor of it with 29% objecting. Conversely, Denge's survey indicates that there was an increase in AK Party's support base: while the party received 38.8% of the votes in 2009, they are expected to receive about 47.5% of the vote in the upcoming municipal elections.

Genar's survey also indicates similar results. The survey was conducted amongst 3,200 people, which is 1000 more than their standard number. According to İhsan Aktaş, the president of Genar Research Institute, people from 30 metropolitan cities participated and 49% of the people said they would vote for the AK Party if there were elections today, while 28% said they would vote for the main opposition Republican People's Party (CHP) with 13% opting to use their vote for the Nationalist Movement Party (MHP). Aktaş notes that there were no significant shifts in current voting trends in the post-Dec. 17 operations and political opinion has not been seriously influenced by the recent events. Elaborating on why voting trends have not undergone dramatic change, Aktaş expressed that social issues such as the Dec. 17 operation and the June 2013 Gezi Protests do not have a substantial impact on the way Turkish people vote. Instead, voting trends are more likely to be affected by dramatic economic issues, which is not the case right now.

Elections are expected to be especially contentious in Istanbul, Ankara and İzmir, the three major cities of Turkey. According to a survey by Gezici Research Institute, AK Party will continue to retain a significant majority of the votes in Istanbul and Ankara, whereas CHP is predicted to lead in İzmir. Istanbul's current mayor Kadir Topbaş has an approval rate of 42.3%, while Ankara's mayor Melih Gökçek has an approval rating of 56%.

The average figure amongst 34 different institutions on the distribution of municipal votes is as follows: AK Party – 46.95%, CHP – 26.55%, MHP – 11.85%, BDP – 5.81%, others – 8.84%.
According to Taha Özhan, the General Coordinator of the Foundation for Political, Economic and Social Research (SETA), the Dec. 17 coup plot was more than an operation and was set off to change the course of events in what he refers to as "new Turkey". It was specifically designed right before the local elections to discredit and bring under tutelage the AK Party and Prime Minister Recep Tayyip Erdoğan.

Opinion polls clearly indicate that the public will vote in favor of democracy and an accountable government. Most importantly, İhsan Aktaş's remarks with respect to unchanging voting trends despite the operations are thought provoking: "The current defamation campaign (against AK Party) is being carried out through the media and the judiciary. They both hold the lowest credibility rating amongst the Turkish public. If credibility ratings for the media and judiciary were as high as 90% (similar to Europe), only then will they have serious impact on people's votes. However, since this is not the case in Turkey, elections are predicted to produce very similar results. It is also very clear that AK Party's efforts to reform the HSYK (The Supreme Board of Judges and Prosecutors) are completely directed towards improving democracy and not for the party's own interests."