Gülen Movement penetrates all facets of the state 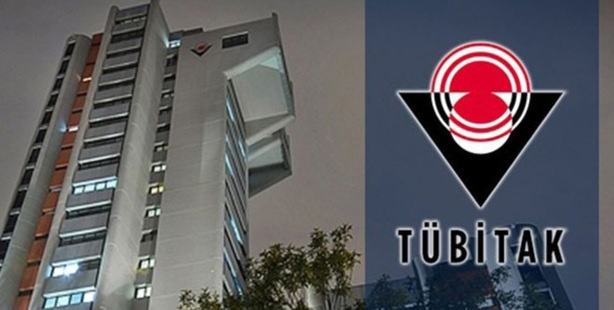 Not a day goes by without unfolding new findings about the dark side of the Gülen Movement and their objective to infiltrate all facets of the Turkish state and institutions in an attempt to take ultimate control.
Recent findings on expert reports by the Scientific and Technological Research Council of Turkey (TÜBİTAK) present mind-boggling evidence about how the movement illicitly penetrated into the institution and manipulated various rules and conventions to their own interest. The movement's presence is also prevalent at other levels of state institutions.

TÜBİTAK, a strategic institution that provides expert opinion for court cases has recently been scrutinized by the government in a number of aspects for being a tool of the movement. The results clearly point to the dark side of the Gülen Movement, which uses all means to fulfill their objectives.

At first, the movement made sure that expert opinion positions at TÜBİTAK were filled by those affiliated with the movement. Secondly, those who were unsuccessful in the English exams conducted by the "Student Selection and Placement Center" (ÖSYM) applied to the British-based IELTS at designated universities. Those who did poorly in ÖSYM's English exams received extremely high scores in the IELTS exams. Thirdly, candidates who passed the language exam barrier were then challenged by the scientific publication barrier, known to be the most difficult one to get through. The movement illicitly resolved this by allowing affiliated candidates to exclusively publish their work in 12 different scientific TÜBİTAK journals. Accordingly, the Presidency of Inter-University Board's (ÜAK) sources show a tremendous increase in the number of applications for professorship exams and the number of those who passed the exam. It was further claimed that a number of junior officers also affiliated with the movement took advantage of this and were promoted as staff officers. Lastly, it was found out that the parallel structure within the ÜAK was also exploited by means of accepting candidates as professors. Those within the ÜAK, referred to as 'imams', formed scientific juries of their choice and approved theses by movement-affiliated candidates at the speed of light. As a result of the academic dominance provided by the movement, the average age to become a professor dropped to as low as 30. Due to their expedited professorship, these professors are known among the Gülen Movement as the "flying professors".

The TÜBİTAK case is only a minor example of the movement's attempts. For instance, in 2010, former police officer Fatih Kutbay, who served at the Erzurum Provincial Directorate of Security, was dismissed after making a copy of the confidential blacklist prepared by Gülen's minions and filed a legal complaint. He noted that the Gülen Movement made a list of 4,000 people in the Erzincan region, including a seven year old child. Labels beside names on the list included "Alevi", "safe to be trusted or not", "belongs to so and so's family" and more. He claimed similar lists existed for Istanbul, Ankara and İzmir, with a total of one million people nationwide.

Equally important is the anonymous letter of advice written by a whistleblower, one of Gülen's senior executives. In the letter, he notes that he feels as though he was used and exploited by the movement, composed of a secret structure and scheme: "The previous Council of State and Supreme Court exams were rigged by the parallel organization, placing candidates to their own advantage. If the exams were investigated by an independent auditing board with the staff obliged to redo the same exam, everyone would fail. This would definitely prove the rigging of exams."

The whistleblower's letter mentions a division of Turkey by the Gülen Movement. The country is divided into seven districts with each headed by a Gülenist 'imam'. The organization consists of an extremely complex hierarchy. There are lower level imams, financers, educational counselors, university graduates, judges and attorneys, security forces, all of whom are at different levels and have various duties from training to infiltrating different levels of the state.

Revelations about the secretive side of the Gülen Movement raised questions amongst the public regarding their legitimacy as a religious movement. This further evoked the idea that they may be serving a foreign agenda, specifically that of the neoconservatives. Although the movement denies all allegations, their attempts to affiliate the Humanitarian Relief Foundation (İHH) and the National Intelligence Organization (MİT) with al-Qaeda strengthened the perception that they are in cooperation with foreign powers. This notion decreased their popularity dramatically amongst the general public.