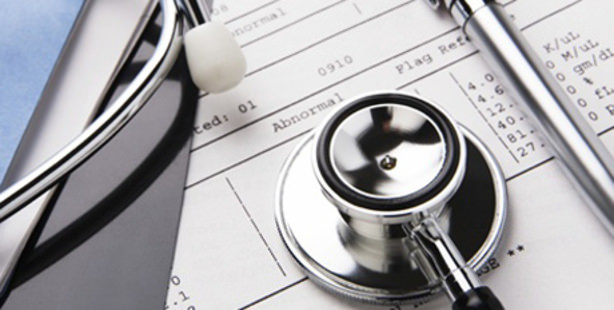 The comprehensive bill passed by the Turkish Parliament addresses a wide range of social security and health care issues, including but not limited to improved working conditions for women and the disabled, blanket amnesty for pension liability, and much more. The law aims to take Turkey’s social welfare system a step further and move it beyond global standards.


The comprehensive healthcare bill was approved by Turkey's President Abdullah Gül last week. The law addresses a wide range of social welfare issues while aiming to standardize the system and impose remarkable regulations to reduce illicit activities. Following the ratification of the law, the Health Minister Mehmet Müezzinoğlu expressed that the law will ease the shortcomings of the current system and bring a dynamic approach to healthcare through floating hospitals, general hospitals with plans to take further measures to surpass global standards.

Paying close attention to the lack of provisions to provide a working environment that will suit the needs of the disabled in accordance with the UN Convention on the Rights of Persons with Disabilities, the new law encourages the establishment of supported or customized workplaces. Moreover, such workplaces will be exempt from sanitation taxes and unemployment insurance premiums for the disabled will be subsidized by the Unemployment Insurance Fund instead of the employer. One of the main features of the law is General Health Insurance Amnesty that will be granted to those who owe premium debts to the Social Security Agency for more than 24 months, a move that was awaited by over 4 million people. In addition, the law aims to cater to the needs and demands of working women through the implementation of measures for job security, subsidies, flexible work schedules and leave of absence for clinical examinations. Women with three or more children will receive a debt raise for six years, while income tax for mothers who work for minimum wages will be removed, maternity leave will be increased and working women will receive TL 300 for child care assistance. Additionally, widows and single mothers will receive child care assistance. Financial assistance will also be provided for those who take care of sick family members at home. Moreover, regulations will be made for subcontracted workers in terms of annual vacation pay, severance pay and to solve issues with their wages.

In order to combat the increasing assault rates against healthcare officials, those who physically assault officials while on duty will be facing stricter penalties. This was done to provide a safer environment for health care officials who are occasionally being threatened and assaulted by relatives of patients. On the other hand, to minimize the risk of injuries, only doctors will be authorized to conduct circumcision operations. This will ensure trained professionals to take care of such operations rather than the conventional circumcisers, whose lack of knowledge can sometimes result in serious injuries and death. Additionally, midwifery will also be standardized through a license program, while three new healthcare professions such as nurse aides, midwife assistants and healthcare technicians will be introduced to assist patients in their everyday activities. Equally important is the prohibition of pharmacists and individuals who collect prescriptions and illicitly earn money, while strict penalties will be imposed on those who advertise and sell products with health claims without a license. Units will be established to run inspection and regulation services depending on the needs of Turkish Pharmaceutical and Medical Devices Institution. Moreover, a 50% increase will apply to the wages of health officials who work overtime and overnight shifts at intensive care and emergency units.

A critical aspect of the law is a clause that prohibits providing health services without a license and subjects offenders up to three years of jail term. The law has been wrongfully criticized of targeting political protestors in an effort to start a defamation campaign against the reforms. In reality, the law seeks to put an end to health services provided by scammers, posing a direct threat to the safety of the society. This was a serious problem particularly in rural Turkey where scammers occasionally deceive patients and present themselves as physicians even though they have never received training. On the other hand, it must be noted that doctors and health officials will not be subjected to penalties under emergency situations when they need to provide emergency aid by the time emergency health services arrive. Therefore it is obvious that claims on the law targeting political protests are nothing but a cheap defamation campaign.

Other provisions of the law include an increase in pension allowances for over 10 million people, adaptation for seven million retired people, wage increase for 2.6 million civil servants and standardization of organ transplants.