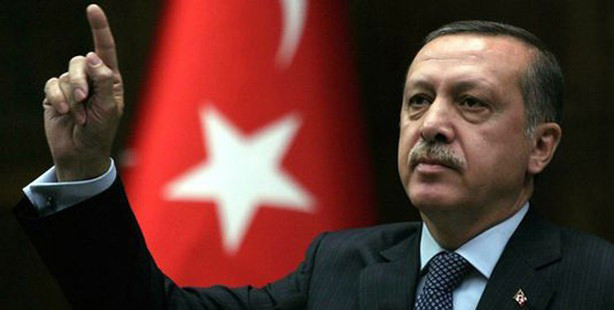 New regulations will be added to the AK Party’s democratization package to ensure the most crucial democratic values are upheld.

The proposed regulations will enhance the quality of Turkish democracy by ensuring that files remain confidential, the principle of 'innocent until proven guilty' is upheld, and court procedures and investigation conduct are improved.

The reforms will be presented to the Turkish Parliament as part of a bill to abolish the Special Authority Courts. The main goal of the reforms is to improve shortcomings in the current legal system, especially after misconduct was revealed during the Sledgehammer case and the Dec. 17 operation.

After Adana's public prosecutor ordered the search of National Intelligence Agency trucks on the border with Syria, it was revealed that secret government documents were at a risk of exposure. One of the planned regulations aims to bridge this gap by imposing strict penalties and termination of public officials if misconduct is proven. This was especially true of the Dec. 17 operation, when a police officer conducted a search of the Minister of Environment's office. The incident caused significant public outcry.

Stricter rules pertaining to audio and video recordings will be applied in order to avoid disorderly conduct by public officials. In order to avoid audio files of third parties or suspects being secretly preserved and leaked to the press, officials who keep documents and files that should be destroyed will face stricter jail terms.

Harsher penalties will also be imposed on those who violate a person's right to education based on religious attire, such as the headscarf. Accordingly, a penalty of one to three years will be increased to two to five years for those who prevent a person from receiving education or public services due to religious attire.

Another significant reform involves the right to demand compensation as a way of emphasizing and securing the confidentiality of procedures. Those who violate the confidentiality of an investigation, a person's private life, or the presumption of innocence until proven guilty could face compensation charges. The regulation will also state that attorneys may not make any statements about an investigation until indictments have been finalized. Moreover, the duty of deputy public prosecutors will be clarified and registered.

In the same way, all defendants will be permitted to see and examine their files during the investigation phase. This was done to remove restrictions that are currently in place at the request of deputy public prosecutors, and which were approved by judges. This was particularly problematic during the Ergenekon and Sledgehammer cases, and the Dec. 17 operation.

A number of political reforms were also included in the package. Political parties and candidates will be able to campaign in languages other than Turkish. Furthermore, a number of regulations will be imposed to allow more political parties to participate in Turkish politics through the reduction of restrictions that put smaller parties at a disadvantage.