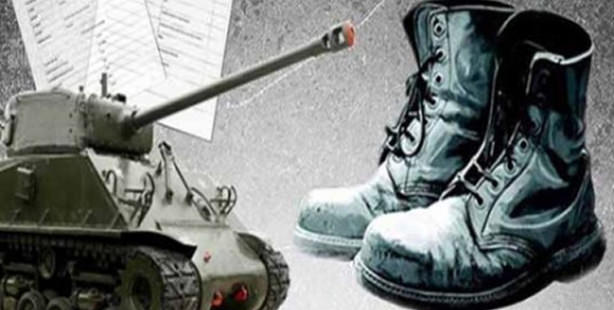 103 suspects of the Feb. 28 coup accused of “overthrowing the Turkish government by force” aka the “post-modern coup” were on trial yesterday.

The Feb. 28 coup, also called the post-modern coup, refers to the Turkish military's memorandum giving an ultimatum to the Islamist coalition government following National Security Council (MGK) meeting held on Feb. 28, 1997. As a result, the coalition government, with the Welfare Party's Necmettin Erbakan as the prime minister, was forced to resign. The process was allegedly organized by the West Study Group (BÇG), a clandestine group formed within Turkish armed forces.

Celasin said that he has not witnessed any army officers becoming members of BÇG and denied all accusations that headscarves were being used for discrimination. Celasin's attorney, Ali Aydın Akpınar, claimed there is no sound evidence that the suspects intended to overthrow the government. Akpınar noted intent on its own will not constitute a crime unless the suspects act on it and requested exemption of his client from hearings and his acquittal.