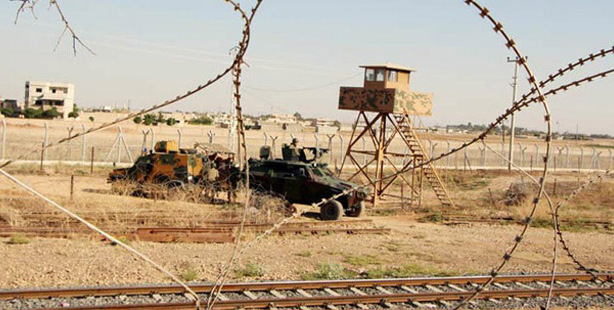 The Turkish army announced yesterday, three Danish nationals were captured as they tried to illegally enter Turkey through Syria on Sunday afternoon. Various electronic devices were found in their possession. The three Danes were accompanied by two Syrian nationals as they infiltrated into Turkey.

The military did not release the names of the suspects captured on the Turkish side of border in the southern province of Hatay. Five suspects are currently in detention.

Also on Jan. 20, two Russian nationals were detained by Turkish troops near Altınözü, the same location where the Danish suspects were captured as they attempted to sneak into Turkey on the weekend. A pistol, seven cellphones and memory cards were confiscated from the Russian nationals. They were later deported.

Turkey shares a 915-kilometer long border with Syria. Since the unrest in neighboring Syria escalated to a full-blown conflict over the past two years, Turkey struggles to keep its lengthy border safe. The Turkish army also reported that a Syrian military helicopter approaching the border was confronted by Turkish fighter jets. Turkey opposes the Bashar Assad regime of Syria for its violent crackdown against the uprising.

With Syrian rebels fighting the Bashar al-Assad regime's security forces and al-Qaeda-linked groups, Syrian towns along the border are mired in a state of lawlessness. Turkey also faces criticism due to foreigners allegedly sneaking into Syria from Turkey to fight alongside the rebels. The Turkish government denies allegations that it provides support for extremist elements fighting the Assad regime. Nonetheless, the rising number of people from European countries recruited by al-Qaeda affiliates to fight in Syria raises concerns. France acknowledged the departure of more than 700 French nationals to the country to join the fighting. The International Center for the Study of Radicalization (ICSR), a London-based think-tank, stated in a report that the number of people from European Union member countries fighting in Syria rose from 600 in April 2013 to 1,900 in December 2013. These figures raise questions about the intelligence capacity of EU countries on the issue.

Turkish Foreign Minister Ahmet Davutoğlu recently stated al-Qaeda and other extremist groups in Syria also posed a risk for Turkey. The Turkish army last week retaliated when the Islamic State of Iraq and the Levant (ISIL) opened fire on Turkish troops on the border. The Turkish assault destroyed a convoy belonging to ISIL, a powerful group in Syria affiliated with al-Qaeda. ISIL has been fighting the ethnic Turkmen community (also known as Syrian Turks) in the northern Syrian city of Aleppo for ten days to gain control of a town.

Turkish troops deployed on the border also often confront smugglers exploiting the situation in Syria for smuggling goods into Turkish territories and vice versa. Certain Turkish border crossings into Syria are closed, but the country occasionally allows Syrian refugees fleeing the conflict to enter Turkey and hosts them at refugee camps.