Court turns down demands for retrial in Sledgehammer case 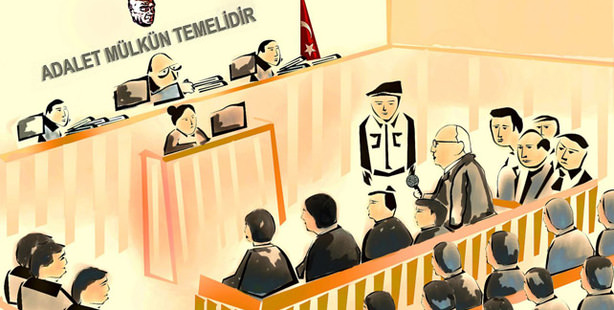 A newly-appointed Turkish court rejected an appeal for the retrial of military officials convicted in the Sledgehammer coup plot case.

Lawyer Mahir Işıkay demanded a retrial for his clients after the Scientific and Technological Research Council of Turkey (TÜBİTAK) released a report on Tuesday claiming that the key piece of digital evidence in the Sledgehammer case was, in fact, fabricated.

On Wednesday, the Istanbul 11th High Court assigned a new court to hear the demands for retrial of the convicted military officials.

The Sledgehammer case was the trial and conviction of military officials for an attempted coup plot, which reportedly dates back to 2003. The five stage plan was allegedly prepared by a junta under the leadership of then First Army Commander Çetin Doğan. It was argued that the officers aimed to provoke widespread civil unrest to justify a military intervention.

According to the alleged coup plot, the bombing of the Fatih and Beyazit Mosques would have forced the government to implement martial law, while the downing of a Turkish warplane over Greek airfields would have provoked the Turkish public. In response to allegations, the army confirmed that the plans had been discussed but only as a scenario-based planning exercise.