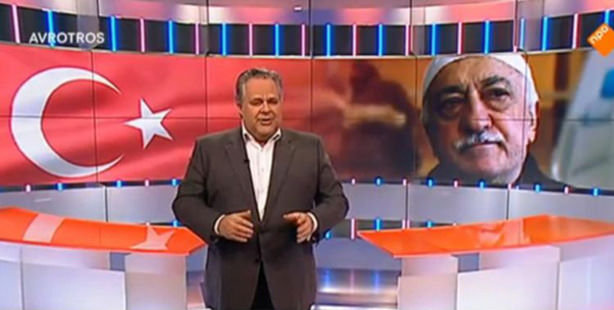 While the Gülen Movement long enjoyed a positive reputation in the foreign press, recent developments have put the group under a more critical light.

Billed as a purely civil/religious organization, a number of notable Western media outlets have criticized the movement for disguising the extent of their involvement in the political and security spheres. Germany's weekly "Der Spiegel," known to be one of Europe's most influential news magazines, analyzed the structure and activities of the Gülen Movement in Germany. It found more than 300 schools, tuition centers and media enterprises in Germany. ADR, Germany's national television network also criticized the movement for contradicting democratic values. The overall consensus of various media outlets likens the movement to a cult.

"Der Spiegel's" analysis reveals important information about the Gülen Movement, their activities in Germany, and the structure of the organization. The article named "Soldaten des Lichts" (Soldiers of Light) touched upon the movement's secretive structure regarding its private schools, prep schools and student houses.

The movement controls a wide range of global entities including schools, companies, charities, hospitals, a bank, and nonprofit organizations. According to "Der Spiegel", a significant number of parents have filed complaints about their children being "brainwashed" and "subjected to violence" at Gülen's schools. Other parents who had different concerns have also complained about the secretive structure of the schools.

The "Der Spiegel" research indicated the Gülen Movement established a parallel structure in Germany through their schools and prep courses. Moreover, it was discovered these schools sold themselves as liberal and secular institutions but proved otherwise. The deception leads many to question the real motives and incentives behind the movement.

For instance, the movement's student accommodation called "Houses of Light" actually comprise the organizational basis for the movement. The German paper found there are over twenty Houses of Light in Berlin alone, which are sometimes offered for free to a number of students in return for an obligatory commitment to the movement's rules, conduct, and principles.

According to former students who stayed at these houses, there was very little space for self-expression and no space for different opinions. This led to no television or restricted access to pre-approved television programs.

In addition, the books and curriculum are also restricted to those approved by the administration, which mainly encompass Fethullah Gülen's work.

Two anonymous students said, "Our bodies and thoughts literally belonged to this ideology/movement. We had to comply with whatever they told us to do."

According to a Munich-based magazine, Houses of Light were considered to be the ultimate and only way to bring up and educate a new generation. Moreover, the rules and conduct of these houses were said to be stricter than those of military quarters. Some analysts also argue that the Gülen Movement is as, if not more, secretive and clandestine as the Scientology cult.

ARD said an internal document of Baden Württenberg's Organization for Preserving the Constitution not only warned officials but also expressed that some of Gülen's ideas contradict those of a free democratic order and the movement even aspires to establish a theocracy.

The document noted children as young as three are physically abused at their child care centers. A recent investigation in Rüsselheim confirmed the allegations. Moreover, several witnesses reported that there was bullying toward those who do not belong to the Gülen Movement. Their schools and training institutions are systematically used to recruit children and new supporters to the "cult-like" Islamist movement.

Equally important are James Jeffrey's comments about the movement's actual motives in an interview with "Los Angeles Times." "Gülen has a political movement that has infiltrated the police and military and is able to use their government powers to political ends" said Jeffrey, a former senior American diplomat and expert in political security and energy issues in Turkey, the Middle East, Germany, and the Balkans. "Even if the corruption charges are true, they are politically motivated and that's wrong."

More documents confirm allegations about the Gülen Movement's secretive structure. According to cables from 2005 and 2004, U.S. officials question end criticized Fethullah Gülen's past as a preacher, the hierarchic and closed structure of his movement, the way it penetrated government institutions.
The Wikileaks cable said Istanbul's Chief Rabbi Ishak Haleva was approached by a local organization for a letter in support of Gülen, who was then seeking to adjust his immigration status in the United States. He sought to convince the United States government that he was not a "radical Islamist" whose moderate message cloaked a more sinister and radical agenda.

The cable explicitly referred to Gülen's "penetration of the National Police and many media outlets and their record of going after anyone who criticizes Gülen, others who are skeptical about Gülen's intentions feel intimidated from expressing their views publicly." In detail, it noted that he is known by his inner circle to be a relentless leader in a number of subjects. Those who are in his inner circles are petrified of making a mistake and there is strong pressure for Gülen's followers to learn Islam only through his works, completely blocking the way for critical thinking and different opinions.

There was also a reference to the movement's "cult-like obedience and conformity that he and the layers of his movement insist on in his global network of schools, his media outlets, and his business associations."

On the other hand, three senior Turkish police officials also requested a similar letter from Istanbul legat and asked the FBI for a letter of clearance for Gülen. They were refused.

Similar remarks are made in 2004 cables where Eric Edelman, U.S. Ambassador to Turkey refers to a powerful "Gülen Lodge." The cable stated the lodge practice's significant influence over business and media sectors, the Turkish National Police and a worldwide network of charter schools.

More importantly, the cables reveal the U.S. is highly suspicious of the movement and their true intentions based on anecdotal evidence of the pressure that his movement put on people to give financial support to the movement's activities.

"These facts, when coupled with the Gülenists' penetration of state institutions, hint that a much harder line, a sense of world-wide Islamist proselytizing mission, lies just under the surface," said the cable. "In short, the Gülenists' efforts to mold future generations through their international school network and their documented effort to infiltrate not just Turkish business circles but governmental institutions as well have raised questions about whether their moderation would continue if they gained a preponderant voice in Turkish Islam."

Haleva's concern about providing a letter for Gülen was well-founded and justified, said the cable.