Erdoğan and Putin will discuss energy and regional issues in Sochi 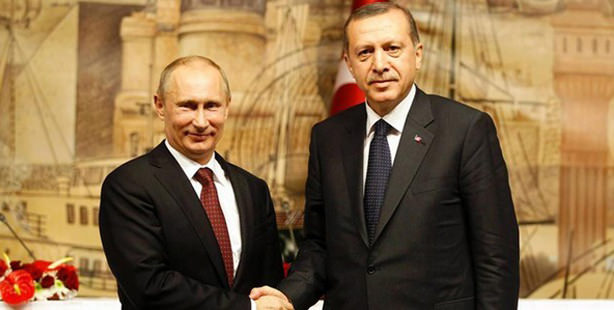 Prime Minister Recep Tayyip Erdoğan will travel to Russia's Black Sea coast Sochi to participate in the opening ceremony of the Winter Olympics on February 7.

Prime Minister Recep Tayyip Erdoğan will travel to Russia's Black Sea coast Sochi to participate in the opening ceremony of the Winter Olympics on Feb. 7. Erdoğan also scheduled to have talks with Russian President Vladimir Putin on the sidelines of the event. The Kremlin press center has reported that the heads of 40 foreign states will be present at the opening of the 2014 Olympics and Putin will host an invitation dinner for leaders who attend the opening ceremony.
The Turkish Prime Minister and Russian President had last met in Saint Petersburg for the fourth session of the Russian-Turkish High Level Cooperation Council in Nov. 2013. Turkish and Russian bilateral relations, the Syrian crisis and the resolution of Azerbaijan and Armenia's decades-old conflict were on top of the list among the other topics discussed at the November meeting. The role of Turkish construction companies in building the sports infrastructure in Sochi was also mentioned during the meeting between the two leaders. Moreover, Putin thanked Turkish builders for their high standard of work and dedicated efforts to meet their obligations and deadlines.
During their meeting in Sochi, Erdoğan and Putin are expected to focus on the Syrian crisis and energy issues, according to a source from the Turkish prime ministry. Since the Geneva II peace conference ended in disappointment, with no agreement on cease fire, humanitarian issues regarding Syria, Erdoğan is expected to increase the pressure on Putin for a solution. The Turkish prime minister is expected to place emphasis on the over 55,000 photographs detailing the deaths of at least 11,000 people in Assad's dungeons, revealing the Syrian regime's systematic torture and mass killing for a Syria without Assad.
Although the two leaders have divergences on the Syria issue, they successfully overcame this dispute and seek an opportunity to strengthen ties. The energy sector is an important platform for Turkish bilateral partnership. Last year, Russia became Turkey's biggest natural gas supplier, importing more than half of its annual 45 billion cubic meters from Russia's energy giant Gazprom. In addition, Russian company Rosatom is building Turkey's first nuclear power plant at Akkuyu and an investment in excess of $20 billion is financed by Russia. Rosatom recently requested additional tax incentives from Turkey and this issue may be brought up by the leaders during their meeting in Sochi.
The increased cooperation across all areas over the past decade between Turkey and Russia has had a positive impact on various sectors. Turkey's trade volume with Russia currently stands at $34 billion, up from $5 billion in 2002. Turkey aims to raise the bilateral trade volume to $100 billion. Turkish companies are carrying out subcontracting contracts around Russia for a total of $50 billion. In 2011, Turkey and Russia signed mutual visa exemption agreement and that resulted in a significant rise in the number of tourists coming from Russia. In 2013 over four million Russian tourists visited. This figure is expected to rise in the coming years.