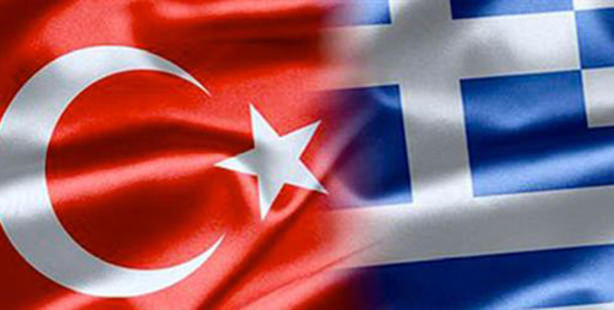 Turkish and Greek Cypriot authorities sent mixed signals about an agreement to launch a new round of talks to reunify the divided island.

While Nicosia announced an effort was already underway to draft a joint communiqué to kick-start the stalled peace talks, Turkish Cypriot leader Derviş Eroğlu said on Thursday that this was not the case.

Talks have been stalled for over a year after parties failed to reach an agreement regarding the issuing of a joint statement that would provide a roadmap for the island's reunification ahead of a new round of talks. Even though Turkish and Greek Cypriot leaders issued different statements regarding the situation, there is also apparent progress to restart talks.

In order to restart talks, the Greek side demands a joint declaration to be read by a United Nations official at the start of the negotiations clearly stating that a future federal Cypriot state will have a single sovereignty, a single citizenship and a single international representation. The Turkish Cypriot side, however, insists on a two-state solution with each constituent state a separate sovereignty, allowing each to enter into bilateral treaties with foreign countries. After months of disagreement over the drafting of a joint declaration setting out the basic lines of a solution, media reports said the two sides are very close to preparing a text that will pave the way for a new round of talks on a solution.

The breakthrough came when U.S. Assistant Secretary of State for European and Eurasian Affairs Victoria Nuland visited Cyprus on Tuesday and held talks with Greek Cypriot leader Nicos Anastasiades and Eroğlu.
"I am persuaded, after these discussions, that each leader is personally committed to making real progress in coming days and weeks toward ending the division of this island," Nuland said. "I assured them of President Obama and the American people's strong support as they seize this opportunity."

On Thursday morning, Anastasiades briefed political parties prior to an expected visit to Athens on Friday, where he will inform the Greek government of recent developments in the ongoing efforts for a fresh round of peace talks.

Eroğlu visited Ankara and met with President Abdullah Gül and Prime Minister Recep Tayyip Erdoğan to discuss the much-delayed new round of unification talks in mid of January. According to sources, Erdoğan admonished Eroğlu to be more forthcoming on the text of a joint declaration leading to peace negotiations.

The Cyprus issue became one of the main topics of the conversation during the Prime Minister Erdoğan's visit to Brussels in January. Erdoğan said Turkey's government supports the constructive attitude of Turkish Cyprus in finding a peaceful solution to the ongoing conflict and criticized Greece for not playing a constructive role in the negotiations.

"Greece, as a guarantor country, should support this process with the same attitude," said Erdoğan. "Our basic principle is a federal structure that is based on two founder states. We cannot accept anything apart from that."

Referring to calls to withdraw Turkish troops from the island, Erdoğan retorted, "When we accepted the Annan Plan, the Greek Cypriots rejected it. Now they tell us with withdraw our troops."

Erdoğan was referring to when Greek Cypriots rejected a U.N. peace plan known as the Annan Plan while Turkish Cypriots accepted the plan after a referendum was held on the Turkish side of the island in 2004.

The Annan Plan, or the Comprehensive Settlement of the Cyprus Problem, proposed to resolve the Cyprus dispute by restructuring the island as the "United Republic of Cyprus," which would be a federation of two states. The Greek Cypriot administration was accepted into the European Union, which considers them the central authority over the entire island. Turkey began EU entry talks in 2005, a year after Greek Cyprus unilaterally blocked the opening of six chapters including energy and foreign affairs, security and defense policy.

The island of Cyprus has been divided since 1974 when Turkey exercised its constitutional right as a guarantor by conducting a military operation following a coup by far-right Greek Cypriot extremist group the National Organization of Cypriot Struggle (EOKA).