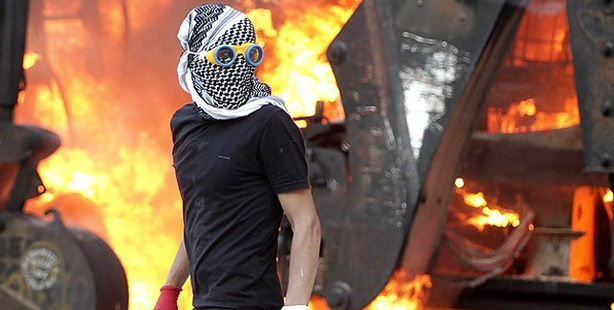 A Turkish court has released 17 people arrested during last year’s Gezi Park protests on charges of “being members of an armed terrorist organization”.

Prosecutors accused the 17 suspects of possessing explosives, taking part in looting and distributing propaganda for a terrorist organization. After examining the case, the court ordered their release on the grounds that the period of detention during the prosecutor's investigation, which continued for more than seven months, was "inordinate". The court, however, ruled that the suspects be barred from leaving Turkey and placed them on probation.

Terrorism charges were leveled against numerous people the summer of 2013 but following yesterday's court decision no suspects remain in custody in connection with the now-infomous demonstations.
The violent riots not only in Istanbul, but across the whole of Turkey, led to police rounding up 63 people in operations against the Socialist Platform of the Oppressed (ESP), a left-leaning party, and other organizations. Thirty four were convicted on terrorism charges while 29 others were released in June.

The protests over the summer in Turkey against the redevelopment of Istanbul's central green, Gezi Park, in favor of constructing a replica Ottoman-era building evolved into sustained nationwide protests against the AK Party government over the alleged abuse of power and demands for greater freedom of speech and assembly.

A large number of protesters were arrested following violent confrontations with security forces and during the protests across Turkey, several protesters set police vehicles ablaze and damaged buildings. On Monday, Istanbul prosecutor's office filed an indictment against the organizers of Gezi Park protests, charging them with belonging to an organized crime group.