Names behind the truck raid under investigation, interior minister said 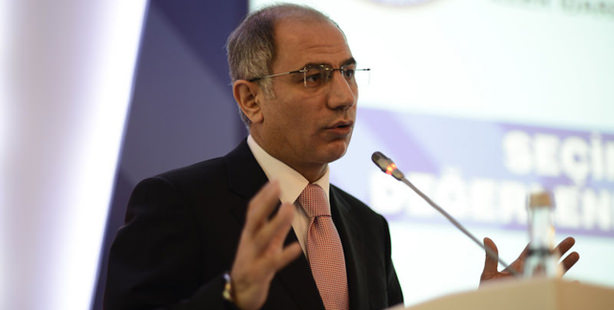 Turkey’s Interior Minister Efkan Ala issued a statement on the investigation into the Jan. 2014 raid on a truck belonging to the Turkish National Intelligence Directorate (MİT) en route to Syria to deliver humanitarian aid.

Upon the order of a regional prosecutor, Turkish gendermerie stopped and attempted to search the truck, which many allege was carrying arms to the Syrian rebels in southern Turkey. After the shipment was stopped government officials stepped in and the truck resumed its trip.

Ala said investigators looked into who was behind the raid and those found responsible were removed from their posts due to the illegal practice.

Responding the journalists' questions at the Parliament, Ala said no specific amendment to reform the gendarmerie has been forwarded but legislative regulations will be put in place by government to uphold and sustain democracy.

"We are working on amendments to enhance the efficiency of national will on public institutions," said Ala, vowing to build more transparent governmental bodies.

Denying allegations of delivering weapons to extremists in Syria, Prime Minister Recep Tayyip Erdoğan said the Gulen Movement's infiltrators within the state were responsible for the raid on humanitarian truck. The prosecutor who ordered the raid originally was suspended after the incident after the government investigation was completed.