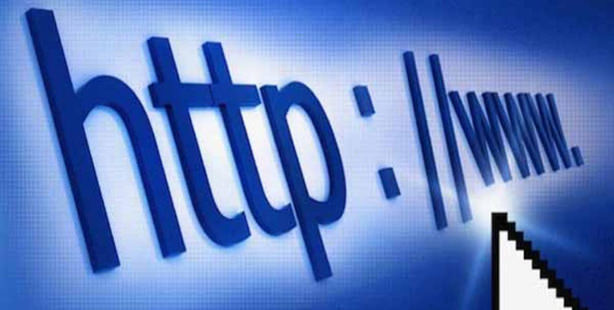 The Turkish Parliament passed a law on the regulation of Internet services on Thursday as part of a package bill. Although criticized by some, the law aims to address the shortcomings of the current system by regulating disorganized Internet services regulations and bring them under the mandate of a single governing body for standardization.

Law no. 5651 was approved by the Turkish Parliament today. The law addresses a number of subjects, including hosting providers, Internet service providers, cyber protection, cybercrimes, individual rights and the protection of private life and further protection for Internet users.

AK Party's Adana deputy and the president of the Turkish Grand National Assembly's Health Commission, Necdet Ünüvar expressed that the existing laws were outdated and fell short of addressing the current issues as the Internet is constantly changing. He noted that the new opportunities offered through the internet also give rise to new threats that need to be taken into consideration, adding that those who are abused online cannot find a relevant authority to express their concerns and are usually victimized as a result.

AK Party's Şanlıurfa deputy Zeynep Karahan Uslu stated in Parliament, the law is far from bringing any sort of censorship and the claims that it will limit freedoms is not well-founded: "In spite of the irrelevant statements, far from objectivity, were made about the subject in the past few days, the truth is that Internet will not be censored as some people insistently claim." Moreover, she highlighted that the regulations will aim for protection of personal freedoms without falling in the trap of repressiveness: "In short, if we are to summarize the regulations, they set down a single body responsible for addressing cases involving violations of personal freedoms… An Internet Service Providers Association will be established to take the responsibility for addressing cases that are left undecided due to a lack of regulations that outline who to contact in times of dispute. Another shortcoming of the current system that is not in line with contemporary Turkey's image is imprisonment for cybercrimes. Instead, jail terms will be replaced by monetary penalties".

A highlight of the law is that the Internet Service Providers Association will be based in Ankara. The association will facilitate coordination between Internet service providers and other managements that provide Internet services under the scope of the Electronic Communications Law. All service providers will be obliged to become a member of the association and take precautions to ensure that harmful content is blocked.

On the other hand, in the case the contents of a website violate an individual's personal rights and private life, the individual will be able to apply to a criminal court and ask that the abusive content be removed. In return, the judge will be able to rule on blocking access to that page. More importantly, the judge will not rule on blocking all access to that website, but only to the specific page featuring the abusive content. The process will be carried out in less than four hours to ensure that individual privacy is protected.

Transportation, Maritime Affairs and Communications Minister Lütfi Elvan expressed that the law will improve the current regulations by making them more functional. He responded to allegations that the new law resembles those of oppressive regimes: "It is most certainly not accurate to claim that our law is compared to those countries. In those countries, access to the website is completely blocked whereas this is not the case with our regulation. So for instance, if a paragraph contains abusive content, only that specific paragraph will be blocked, not the entire website." Moreover, he stressed that the regulations were initiated long before the Gezi Park protests in June 2013 and did not target a single group. He also noted that the regulations would be monitored by the judiciary and not the government or the police forces.
In his interview with Daily Sabah, the AK Party deputy from Istanbul, lawyer Bülent Turan also made compelling remarks about the new law. He noted that when the regulations that were passed in 2007 for the protection of individuals, children and families, AK Party faced scrutiny. However, today, they acknowledge how important these regulations were.

Similarly, he argues those who criticize this law will also change their minds in a short period of time and agree with the new law. He expressed that these regulations are neither censorship nor a ban. The Turkish Parliament is fulfilling its duties and responsibilities to protect privacy and personal data based on the Turkish Constitution." With regards to the blocking of URLs, Turan noted that the new law will have a liberal approach. He referred to the case when a few years ago, access to YouTube was completely blocked because it contained an offensive video about Atatürk, the founder of the Republic of Turkey. However, the new regulation will ensure that only the specific URL link with the abusive content will be blocked and not the whole website. On the other hand, Turan also noted protecting personal data and privacy and preventing hate speech are core values of the International Declaration of Human Rights and the European Convention on Human Rights. It is the duty of governments to take legal precautions for preventing the violation of these rights. The Internet Crime Complaint Centre in the U.S. that works collaboratively with the FBI can be shown as an example.

Another recent development is the establishment of specialized courts by the Informatics and Internet Research Commission to fight cybercrimes. Despite the fact that these courts are criticized by the EU for being repressive, they will ensure that issues are addressed immediately and in an effective manner through specialized expert judges.