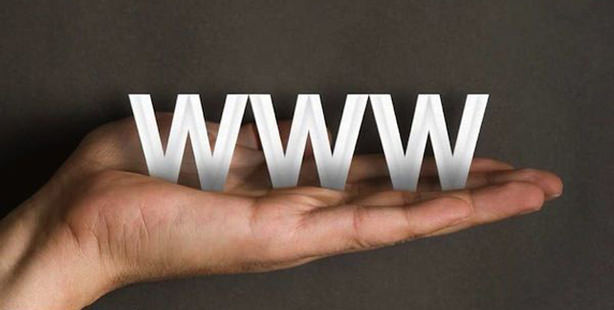 Although it receives criticism, defenders of the law emphasize that it will bring more regulation, not restriction, providing a safer environment for internet users and allowing popular websites to make investments in Turkey.

The new Internet law has been panned by critics for limiting internet access by allowing Turkey's telecommunications officials to block websites and restrict freedom of expression. Contrary to severe criticism by some, the new internet law will ensure a safer environment for users by addressing deficiencies of the current law regarding the protection of individual privacy and private life, and removing severe penalties. More importantly, defenders of the law argue that the criticism is not well grounded and misguides the public with regards to the actual context and goals of the law.

Articles of the new law address a number of issues and are categorized under 5 headings: the establishment of an Access Provider Association, actions to be taken in case personal rights are violated, the protection of personal privacy, the preservation of trafficking information and the abolishment of imprisonment sentences.

The new law was approved by the Parliament on February 6 and needs President Abdullah Gül's approval in order to go into effect.

In order to clear misconceptions about the law, Lütfi Elvan, the Minister of Transportation and Communications, used an analogy in his press statement to give a better understanding of what preserving trafficking information will encompass in reality. He noted that people used to send letters before the invention of the internet and telephones. Here, the sender would write his/her own address, the address of the recipient on the envelope and the date. Postal services were able to retain this information. Similarly, Internet service providers will preserve what is written on the envelope, and not the contents of the letter.

Specifically, trafficking information will include the IP address, date and duration of the visit, and not the contents. Elvan also argued that similar measures are used in European states, where trafficking information can be preserved from 6 months to 2 years and, if necessary, additional time could be requested by officials for an indefinite amount of time whereas the new regulation in Turkey limits this up to 2 years with no extensions. He emphasized that such information will not be used for blacklisting individuals. Tayfun Acarer, the President of Information Technologies and Communications Authority, also made similar remarks and expressed that the new regulations will be in line with European standards.

Refuting some claims that the new proposed law is a result of last year's Gezi Park Protests in June and the December 17 Operation, Lütfi Elvan noted that the proposals and preparations for this law has been on the government's agenda for over a year and a half and most of the articles were completed in April 2013; therefore, it is unreasonable and unfair to associate this law with the above 2013 events.

Touching upon the fact that critics never make reference to the protection of privacy and personal rights, Internet Media Association President Hadi Özışık highlighted two important advancements. Firstly, the protection of personal rights article will ensure that victims whose personal rights were violated can file a complaint directly to the courts and ensure that the content that violates his/her personal rights is blocked. It must be stressed that only offensive content will be blocked, and not the entire website, which was the case with the previous regulations. Secondly, the regulation pertaining to the protection of personal privacy is concerned with taking immediate action when one's private life is invaded. For example, if inappropriate tapes are published online invading someone's private life and are uploaded on foreign websites, there are no Turkish authorities to which victims can express their concern. Such content swiftly spread throughout the internet and make it even more difficult for victims. With the establishment of Telecommunications Communication Presidency (TİB), those who are victimized as a result of such unfortunate incidents can seek to resolve their issues until the courts reach a final decision. If their allegations are found to be valid, the content is blocked within 4 hours. If the courts rule that he/she is right, then the block continues. In case the complaints are not directed to the courts within 48 hours, the block is automatically lifted, as Bülent Turan, a lawyer and AK Party's Member of the Parliament from Istanbul, notes.

On the other hand, Stefan Füle, the European Commissioner for Enlargement and European Neighborhood Policy, expressed his concerns about the new law: "Turkey's Internet law to be adopted raises serious concerns. The public needs more transparency and information, not restrictions". Responding to these statements, Lütfi Elvan noted that they were most likely made without examining the details of the law. Bülent Turan also expressed that similar measures are adopted in countries which abide by the International Human Rights Code, as in the case of Internet Crime Complain Center working in collaboration with the FBI in the United States.

One of the most important features of the law is that it will pave the way for popular websites such as Facebook, Twitter and YouTube to make investments in Turkey. Currently, these websites avoid making investments in Turkey due to imprisonment sentences for internet-related offences. The new law will abolish imprisonment sentences for such offences and replace them with monetary fines.

The main incentive behind this law is related to the content of existing complaints, 95% of which is related to violation of personal rights. Many of these individuals have no competent authority to express their concerns, resulting in traveling door to door amongst internet service providers and courts to find solutions. The length, vagueness and dysfunctional nature of the process leave many people victimized by content that is published online and violates their personal rights and privacy.