New law to block only offensive content not the web site 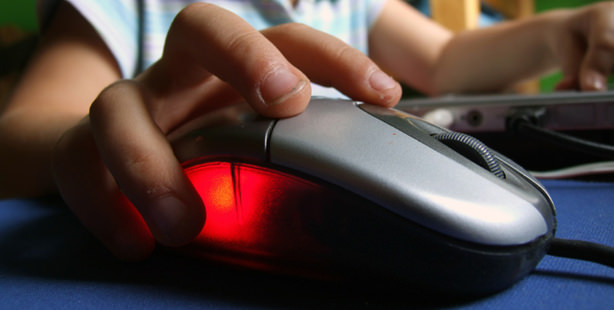 In a move to protect privacy rights, the AK Party government has drafted a new bill against offensive online content. Protests broke out in Istanbul against the new bill, which critics label “censorship”. Deputy Prime Minister Beşir Atalay stressed that the law would protect, rather than censor, individuals by removing demeaning and libelous content.

The Internet law was passed by Turkey's parliament on Thursday and is now waiting ratification by President Abdullah Gül. The law faced criticism well before its adoption, with the opposition seeing the law as a government attempt to stifle online criticism by shutting down websites critical of the government. The government defends the law as aiming to protect individual privacy and personal rights. Under the law, website content that violates an individual's rights, such as statements that defame or insult a person, will be removed in under four hours. If the court issues such a verdict, only the abusive and defamatory content will only be removed, while the rest of the website will continue to function.

A group of protesters convened on İstiklal Avenue and attempted to march to Istanbul's Taksim Square to protest the new bill.

In a televised statement, Deputy Prime Minister Beşir Atalay said: "The regulation only provides privacy and protection of personal rights. It is definitely not about freedoms; it is not censorship. The law does not censor other content that Internet providers publish. It is in compliance with other sections of the constitution protecting privacy and rights. It is a measure to maintain the rights of individuals."

Riot police blocked the unauthorized protest in Taksim and when demonstrators refused to disperse, riot police sprayed tear gas and fired water cannons into the crowd of around 2,000. Protesters responded by hurling "grandfather" marbles, glass bottles and fireworks at police. Some demonstrators trashed a restaurant on İstiklal Avenue, as clashes between protesters and police continued late Saturday night.
A smaller group carrying banners reading "No To Censorship" also converged Saturday night in the Kızılay district of the country's capital, Ankara. They dispersed without incident after a brief rally.

Critics claim that under the new law, websites will be shut down through a government agency overseeing telecommunications and it will empower the government to curb political opposition. Nevertheless, the government denies these claims and maintains that the blocking of offensive content will only be applied according to court orders, and it does not have sole authority to shut down websites.