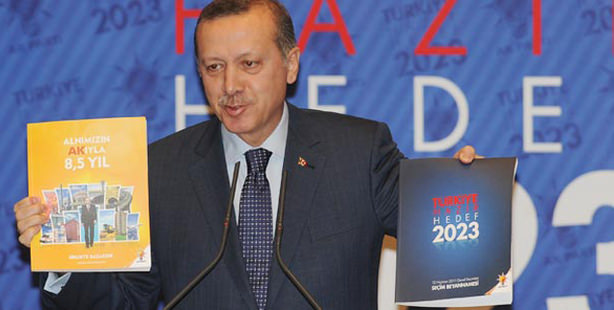 After reports that voters will be manipulated not to vote for AK Party in the upcoming local elections, the AK Party took a number of measures against interference, including assigning 800,000 AK Party observers to monitor polling stations.

Reports that the Gülen Movement will seek to influence the outcome of the March elections alerted the governing party. According to media reports, teams of Gülenists will be assigned to polling stations to influence voters and try to bring support to strong contenders against AK Party candidates, regardless of the party. They will also spread false reports on election results and disseminate reports claiming AK Party manipulated the results through news reports in media outlets affiliated with the Movement.

Armed with cameras, AK Party polling monitors will take photos of vote counting immediately after the elections. Election results photographed by observers, official results from Electoral Commission and the results of 2009 elections will be compared and analyzed. In teh event of an extraordinary deviation from projected results, the AK Party will appeal to the Electoral Commission for a recount.

The party sent instructions to its branches in cities and districts for securing a fair election. A software was developed for correct and full record of votes which will supply data directly to AK Party headquarters.
Halim Aksu, director of public affairs for the youth branch of AK Party in Istanbul, told "Daily Sabah" that although the party expected manipulation, it has taken necessary measures to ensure a fair election. Aksu said one observer will be appointed to every ballot box and would receive one-month training on monitoring the polls. If the observer encounters irregularities during the voting or vote counting, he or she will record it and lodge complaints to electoral commission. Aksu said the AK Party also formed teams of lawyers to inform the party officials at local branches over how to detect the irregularities, fraud and other crimes related to voting and counting.