Brussels hosts political dialogue meeting between the EU and Turkey 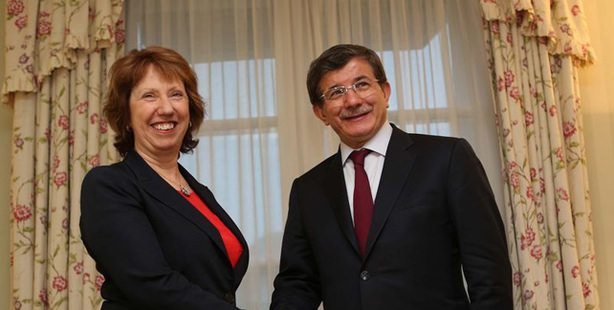 Turkish and EU parties met in Brussels to discuss the negotiation process.

Catherine Ashton, the High Representative of the Union for Foreign Affairs and Security Policy for the European Union, and Stefan Füle, the European Commissioner for Enlargement and European Neighborhood Policy also participated in the meeting to address issues in Turkey's EU accession negotiations and boost the cooperation in regional and international politics.

In addition to Turkey-EU relations, both parties discussed the Syrian crisis and other regional issues such as the Cyprus dispute and Iran.