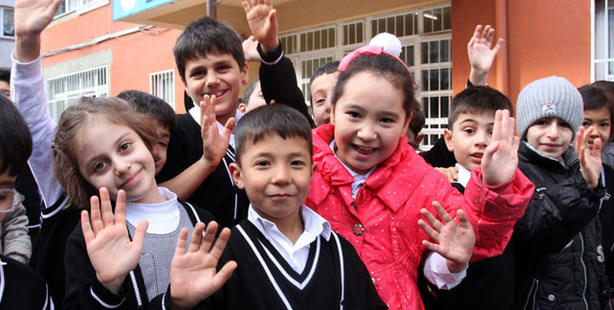 Primary and secondary students todays begin the second half-term of the 2013-2014 academic year across Turkey.

Approximately 17 million students and 800,000 teachers are back to school for the second semester after the end of the mid-year break that started on Jan. 24. The second half-term will end on June 13.

The second semester will also see new exams for secondary schools, scheduled to be held on April 28-29.

The resumption of milk delivery to primary school students also begins today. Students will receive free milk for three days every week. As part of the government's FATİH project to improve usage of technology in education, students will receive electronic tablets in the new semester.

The education system in Turkey underwent a number of major changes since the AK Party took power in 2003. Most significantly, university entrance exams were subject to a series of changes. The government now plans to lift the exam entirely and implement a performance assessment system. Under new system, university applicants will be evaluated based on their skills and success in extracurricular activities. Prep schools for university will also be shut down in Sept. 2015.