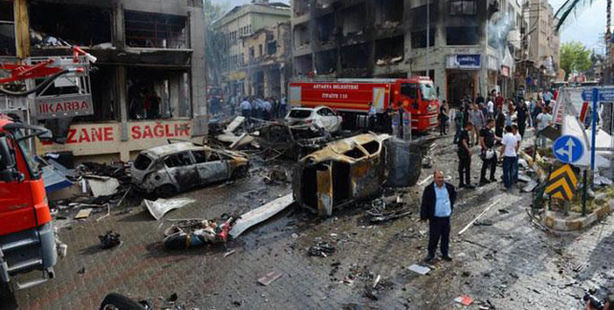 The trial of suspects in last year’s twin bombings in the southern district of Reyhanlı begins in Adana province amid tight security.

Fifteen defendants, including two Syrian nationals, have been charged with carrying out the attacks on May 11, 2013 in which 52 people were killed and 155 others injured. Seven suspects remain at large.

Prosecutors have asked for life sentences for 17 of the suspects, and 15 years in prison for the other 16 suspects. Among the charges are murder, terrorism and damage to public and private property.

Suspects include Mihraç Ural and Nasır Eskiocak, Turkish citizens with ties to Syrian intelligence. The alleged masterminded of the attack is Omar al-Hatip, an intelligence officer working for Syria's Assad regime.