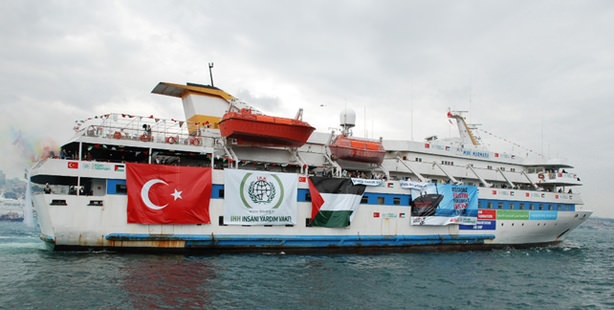 According to the Israeli Haaretz daily, Tel Aviv calls for renewed ties with Ankara in addition to exchange of ambassadors.

Haaretz newspaper reported that Israel is seeking to strengthen bilateral ties with Turkey and for Turkey to soften its criticism of Israel in international platforms.

Efforts have been made over the past several months to normalize ties between Israel and Turkey, which first began to erode after the war in Gaza in early 2009. Relations were most seriously strained in May 2010, when an American and eight Turkish citizens were killed by Israeli soldiers on the Mavi Marmara, a civilian ship carrying humanitarian aid to Gaza in international waters. The crisis caused severe diplomatic strains between once-close allies.

The Israeli government took the first step toward reconciliation on March 24, 2013, when Prime Minister Benjamin Netanyahu apologized for their mishandling of the 2010 raid on the Mavi Marmara during a conference call with Prime Minister Erdoğan and President Barack Obama.

In September 2013, Turkish Foreign Minister Ahmet Davutoğlu remarked that there had been "some progress" in improving bilateral relations and recently confirmed that an exchange of ambassadors had been agreed to, while noting that Israel's efforts remained inadequate for a restoration of full diplomatic ties.

Reconciliation talks were held throughout the year while the Turkish government offered public support for a potential agreement. During a press conference on Jan. 4, Deputy Prime Minister Bülent Arınç commented that Turkey and Israel "need to reach an agreement on compensation talks for the sake of bilateral relations."

Speaking to Turkish AHaber news channel, Davutoğlu said last weekend that Turkey and Israel are close to signing a historic agreement that will allow the countries to normalize relations.

He further stated that on-going negotiations since the attack were speed up in recent months while the differences between two parties had narrowed.

The paper also claimed that Turkey is focused on normalizing relations and finalizing legal action against the Israeli soldiers involved in deadly Mavi Marmara attack.

Israel demanded that on-going cases in Turkey in relation to the Mavi Marmara attack be cancelled and legal amendments be considered to block further legal action in regards to the deadly incident, the newspaper reported.