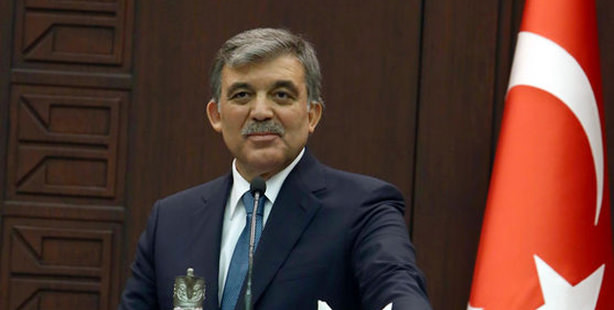 As the bill awaits President Gül's approval, opponents took to the streets to protest what they believe constitutes Internet censorship.

Turkey's president, Abdullah Gül, is facing pressure from certain groups not to ratify a new internet law passed by the Turkish parliament earlier this week. Critics of the law argue that the law threatens freedom of expression in Turkey and will cause significant damage, while defenders of the law claim that the law protects indivual rights. Protests were held over the weekend to discourage President Gül from ratifying the bill.

Necdet Ünüvar, head of the Turkish Grand National Assembly's Communications and Internet Research Commission, gave a statement to Sabah newspaper to clear any misconceptions about the law following recent protests. According to Ünüvar, the new law aims to resolve the issue of censorship and put an end to victimization of Internet users. He argued that the main framework of the law was based on European standards: "The era of online victimization will be over with this new law. In the case that personal privacy is violated, only the page with offensive content will be blocked, not the entire website."

Ünüvar outlined the objectives of the law under different sections. Firstly, the law will resolve the issue of censorship. In the case that someone's personal rights or privacy is violated, he or she can request the removal of the content. If the allegations are found to be valid by a criminal court, the content in question can be blocked, while the rest of the website will not be affected. This was mainly introduced to resolve issues with the previous law, which sometimes led to the blocking of entire popular social and video websites, such as YouTube and Vimeo. On the other hand, there are two criteria for the Telecommunications Authority (TİB) to proceed in blocking access to offensive content: Firstly, the violation of personal privacy or rights must be proven; secondly, the victim should personally request that the content be blocked or removed, or his/her family members should make the request on their behalf. Contrary to allegations, TİB will only function to prevent further victimization of the complainant through a temporary injunction. More importantly, the final decision on the matter will be made by a judge in the Criminal Court of Justice, who will not be entitled to rule that an entire website be blocked.

Another significant development is the establishment of a special association to implement decisions to block website access. This association will be called the Access Providers Association and will be the main authority tasked with blocking access to content. While service providers previously did not have a set of regulations to base their operations on, now they will establish an association and provide standards for operating. More importantly, although it is not usually mentioned, service providers previously had the discretion to preserve trafficking data as they liked, however the new law will outline how and for how long this data can be preserved, along with other legal responsibilities.

Social media, an integral part of the Internet, has become a main concern for advocates who call for the disapproval of the law. Ünüvar notes that a number of groups having certain political agendas make it sound as though service providers are not allowed to share trafficking data at the moment. However, these providers are currently able to preserve such data for an indefinite amount of time and share it. This law in turn will bring certain restrictions to service providers by limiting the amount of time and what is stored: they will be allowed from six months to two years with no extensions and will only be able to store the date, duration and name of the visit. Moreover, the abolishment of imprisonment sentences will encourage popular websites such as YouTube, Facebook and more to invest in Turkey as they were hesitant to come to the country due to strict imprisonment penalties.

Referring to criticism based on the idea that the new law goes against European Union regulations, Ünüvar noted that similar regulations also exist in the West and that it is very unfortunate and unfair to compare Turkey with authoritarian regimes such as Syria and Iran in this respect. He stated that England's Internet Watch Foundation fulfills a similar mission in England and there are similar institutions in Germany, Ireland and others.

President Gül's decision will determine the fate of the much debated law.