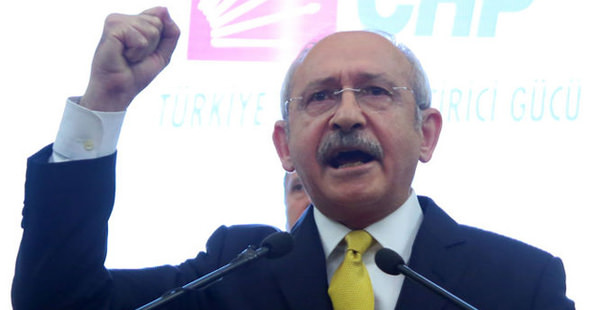 Tense discussions on the selection of candidates for Istanbul's CHP stronghold districts were held during a general assembly meeting the day before.

Party members who openly support Sarigül demanded that Kılıçdaroğlu assign their choice of candidates, yet Kılıçdaroğlu moved to promote his own supporters in the party.

The heated debate spilled over to local branches of the party and ignited protests against Kılıçdaroğlu.

In the districts of Muratpaşa and Konyaaltı in the southern city of Antalya, a group of CHP members organized protests to voice their disapproval of the selected candidates.

Columnist Bülent Erandaç at the Turkish daily Takvim claimed that the dispute over candidates is due to rivalry between Sarigül and CHP's deputy president, Gürsel Tekin, rather than Kılıçdaroğlu. He said Tekin wants to expand his influence over the party, while Sarıgül appears to be a prominent figure supported by the majority of CHP members.

He added that while Kılıçdaroğlu seeks to remain neutral during the debates, the ongoing crisis threatens his post as Tekin and Sarıgül rally to establish their superiority.

Mustafa Şen, head of GENAR polling company, claimed that Sarıgül would have to withdraw as an Istanbul mayoral candidate on Feb. 18 due to heavy pressure coming from his opponents.

The rivalry within CHP is not new; Sarıgül and former CHP head and current Antalya parliament member Deniz Baykal had a dispute, which resulted in Sarıgül's resignation after the heavy accusations of corruption and misuse of authority. Sarıgül rejoined CHP two months ago when the party needed a popular candidate for Istanbul mayor.