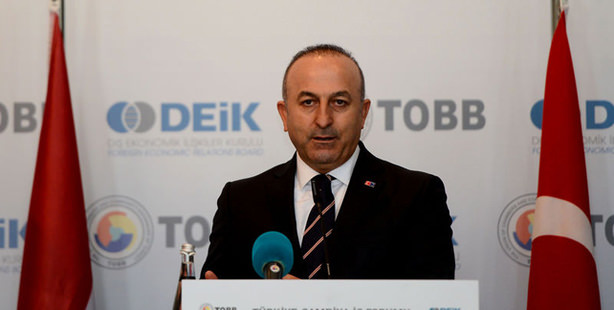 Turkey sits on the table as an indipendent country, Minister said

Mevlüt Çavuşoğlu, Turkey's minister for the European Union and head negotiator, slammed Štefan Füle, commissioner for enlargement and European neighborhood policy due to his statements on Turkey. Füle criticized Turkey last week for not consulting with the EU commission on the bill proposals prior to voting on it in the Parliament.

Çavuşoğlu pointed out that Turkey is on the path to further democratization and is thus proposing new reform bills on a daily basis. It is impossible and impractical to consult the EU for each and every bill, except for the main issues concerning both parties, he said. Çavuşoğlu also stressed that Turkey is an independent country, capable of proposing bills without needing to consult any other country or the EU. Despite this, EU criteria are already taken into account before making a bill.