Israeli press: Chances of reconciliation are becoming slimmer between Turkey and Israel 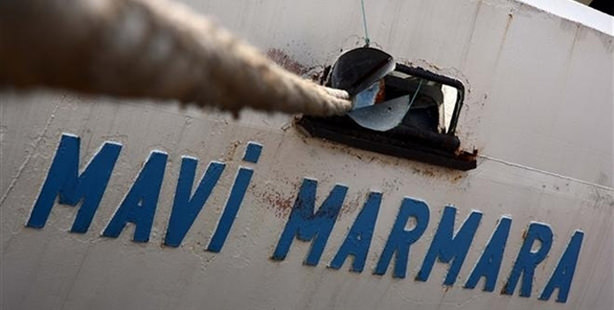 Since the beginning of the reconciliation deal, the Turkish side continuously stressed the necessity of an official apology for the Mavi Marmara attack and the importance of a compensation for victims' families and lifting the Israeli blockade of Gaza to normalise Turkey-Israel affairs.

On Wednesday, Turkish Prime Minister Recep Tayyip Erdoğan echoed his sentiments during a press conference that there would be no agreement without a written commitment by Israel to lift its blockade on Gaza.

Israeli daily Haaretz, drawing the attention of the international community on the deal, said yesterday, Israel's Prime Minister Benjamin Netanyahu was not eager to sign the deal after Erdoğan stipulated the condition of lifting the Gaza blockade to end the strained relations between the two countries.

The daily cited that Netanyahu was getting cold feet over the draft of a reconciliation agreement that he had previously seemed eager to sign.

Another Israeli daily, Jerusalem Post quoted the Israeli officials saying that lifting the blockade was not on the agenda and will not be in the future.

Netanyahu's alleged drawback caused a stir on both sides. It was reported that the draft agreement was submitted to Netanyahu last week. However, he is yet to act upon it, fearing reaction over a deal to cure the four-year dispute with Turkey.

The crisis between Turkey and Israel first flared-up after the war in Gaza in early 2009. Relations were completely frayed and the diplomatic relations between countries was severely strained in May 2010, when nine Turkish citizens were killed by Israeli soldiers on the civilian Mavi Marmara boat, the leading vessel of the Gaza Freedom Flotilla, carrying humanitarian aid to Gaza in international waters.

Erdoğan classified the flotilla attack as "state terrorism," leading to severe tensions between Turkey and Israel. As a result, Turkey decided on Sept. 2011 to withdraw its ambassador. Ankara's initial effort to downgrade diplomatic relations further led to a unilateral suspension of military cooperation between the countries.

Following that long interim, the Israeli government took the first step to reconciliation on March, 2013 and Netanyahu apologized at a conference for the misconduct of the deadly Mavi Marmara attack. Israeli and Turkish negotiators carved out a draft agreement 10 days ago to end the stalled relations.

In Nov. 2013, Turkish Foreign Minister Ahmet Davutoğlu remarked that there had been "some progress" in improving bilateral relations. During a press conference on Jan. 4, Deputy Prime Minister Bülent Arınç also said, ''I too feel a solution is near.'' Despite the optimistic approaches growing on the Turkish side, a senior Israeli minister yesterday accused the Turkish prime minister of blocking the reconciliation deal by reiterating his sentiments on Gaza's blockade of Israel.

The Ynet News yesterday quoted Army Radio saying that Netanyahu's approach led to expectations regarding the chance of improvement, yet, after Erdoğan repeated his condition, Netanyahu backtracked on the draft.

The Army Radio unofficially claimed that Netanyahu rejected the draft agreement with Turkey yesterday, but later in the afternoon, Turkish officials said negotiations are still underway to reach an agreement.