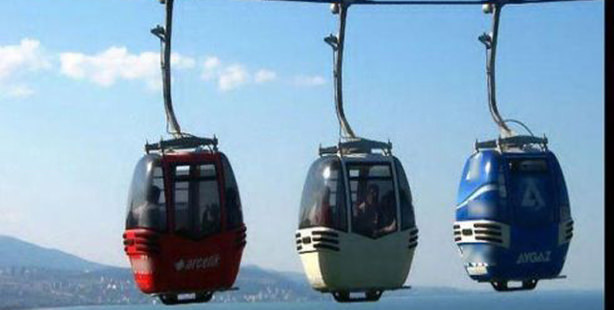 Kadir Topbaş, the mayor of Istanbul, says a new medium of transport between Mecidiyeköy and Altunizade will be available in the near future.

The cable car line, with a capacity for up to 32 passengers in each cabin, will transport passengers from Europe to Asia in 15 minutes. The mayor noted the new line will be as important for locals as for tourists and up to 6,000 passengers will be able to commute per hour. Topbaş shared detailed pictures to the project on his Twitter account and noted bidding for the project will soon be issued.

Major infrastructural investments have improved Istanbul's transport sector and include the $4 billion Marmaray project and the Metrobus linking one side of Istanbul to the other. Other projects include building a third bridge to connect Europe with Asia and a new airport which will be the world's largest. The two-term AK Party mayor is considered as the strongest candidate for the same position in the upcoming local elections.

Topbaş aims to extend Istanbul's Metro line to 641 kilometers from the current 141 kilometers. The Metro was already expanded as it was only 45 kilometers long in 2004.