Gülen on tape: You did not curse enough 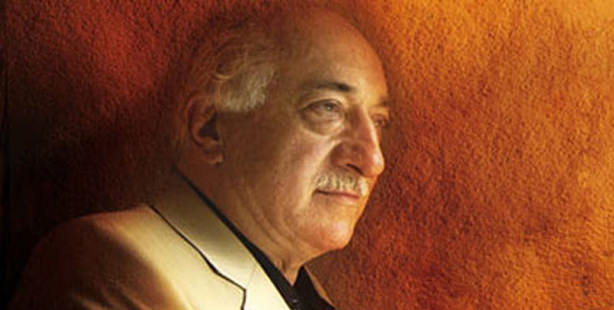 According to Sabah newspaper 's Mehmet Ali Berber, more evidence has been revealed about Fethullah Gülen's ordering followers, three years ago, to put a death curse on the Turkish Prime Minister.

Berber's findings show that Gülen stated he was frustrated because he encouraged people to put a curse on Prime Minister Recep Tayyip Erdoğan for the past three years, yet he is still alive and blamed his followers for not genuinely praying for it.

In his last group meeting, Erdoğan made indirect references to his disappointment about the remarks.

According to information obtained from the Prime Minister's Office, Erdoğan received a printout of the wiretapping files which contained orders from the Gülen Movement to restructure the higher judiciary.

One of the orders especially grabbed Erdoğan's attention: the order came directly from Fehtullah Gülen, who referred to Erdoğan as "tall man" and expressed that he is disappointed that Erdoğan is still alive after three years of curses.

At first, Erdoğan did not believe the document, but confirmed its validity from different sources. The subject was first voiced by Taner Yıldız, the Minister of Energy and Natural Resources, at a TV program last week.

Incidentally, looking back at March 2012, the headlines of Taraf newspaper – affiliated with the Gülen Movement – claimed that "Recep Tayyip Erdoğan only had two years left to live" based on Wikileaks's Stratford cables. This claim coincides with Gülen's encouraging followers to pray for Erdoğan's immediate death.

His televised curse on Dec. 20, 2013 was criticized by and outraged the Turkish public and was condemned by religious authorities.

Contrary to his encouragement and use of curses on his recently televised preaching, Fethullah Gülen has previously argued that curses are disapproved in Islam. On his own website, in an article from October 2006, Gülen claims that curses are not the solution to any problem and should not be used: "A believer who has reached the utmost level of spiritual satisfaction would not curse regardless of the circumstances, neither say amen to those who voice such desire". He concludes by underlining the idea that there is no place for cursing in their community. However, the recent influx of documents and Gülen's Dec. 20 video clearly contradict their own claims, revealing a hidden agenda of the movement.

The Directorate of Religious Affairs explicitly states that Islam discourages putting a curse on people and it is highly disapproved: "The Prophet was the most compassionate of all mankind and this compassion was directed towards everyone. When he was told to invoke a curse upon the idolaters, he opposed that saying he was not sent as a curser, but he was sent as a mercy". Even at times of oppression, he refused to curse the oppressors, and prayed for their guidance. Although humans are not infallible, those who claim to live by the teachings and example of the Prophet should not blatantly curse.

Gülen's curse was especially criticized as he claims to be an influential religious scholar who emphasizes the use of dialogue and toleration instead of violence and intolerance.