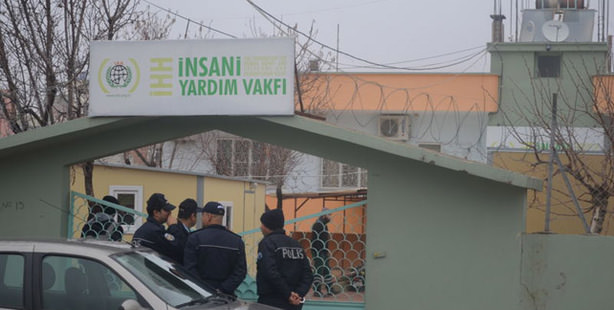 A policeman involved in the operation leaks the covert plan

The President of the Foundation for Human Rights and Freedoms and Humanitarian Relief (İHH) Bülent Yıldırım made striking claims yesterday regarding the police's plan to raid the headquarters of the İHH as a follow-up to Dec. 17.

"We were told that the organization was linked to al-Qaeda." the policeman said, adding "When we went there and we saw it was İHH, we were hesitant to continue with the operation. But we were informed that the government will be toppled in three to four days and if we successfully completed the operation, they will boost our ranking," he said.

At a meeting in Kervanhan, representatives from 70 different social service organizations said the operation was a follow-up to Dec. 17, where it was planned to place a MİT truck outside the building and bust the building as though it was al-Qaeda.