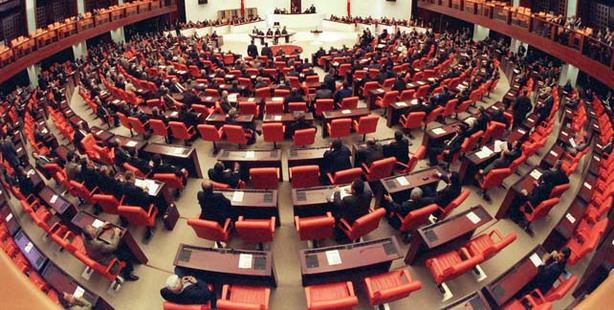 A bill seeking to restructure the Supreme Council of Judges and Prosecutors (HSYK) passed the Turkish Parliament on Saturday by a vote of 210 to 28, following a tense 20-hour debate

AK Party-sponsored judicial reforms have been at the heart of a major controversy since its introduction on Jan. 7, 2014. The Turkish Parliament's Constitutional Commission adopted a slightly revised version of the original bill on Jan. 16 but amidst opposition parties' claims of unconstitutionality, the General Assembly agreed on Jan. 24, to postpone debate. The delay lasted until Tuesday last week when the General Assembly began deliberations on its passage.

The AK Party had earlier sought an agreement with opposition parties for a constitutional amendment to change the judicial board. That plan fell by the wayside when the two largest opposition parties rejected the ruling party's offer.

However, leaders in the AK Party decided to resume talks after HSYK members failed to reach quorum for meetings over the last two weeks. Turkey's main opposition party, the Republican People's Party (CHP), said that it would appeal the bill, should it be approved, in the Constitutional Court. "If you accept this law, soon you will be repealing the constitution," CHP MP Akif Hamzacebi said during the debate. However, Justice Minister Bekir Bozdağ reiterated several times that the bill does not violate the constitution.

Opposition parties claim that the HSYK law is aimed at stifling a graft investigation launched on Dec. 17. "The government is in a great hurry, this shows how deep the corruption and bribe allegations are," Oktay Vural MP for the Nationalist Movement Party (MHP) said. On the other hand the government claims that the graft probe is part of a targeted campaign by a group within the state to destabalize the government.

AK Party deputy Yımaz Tunç rejected criticism of the law and said that "we don't want the judiciary to be anyone's back yard." Tunc also said the bill would not vest excessive power in the justice minister. "The board's power is not given to the minister, everyone's authorities are clear. The powers given to the justice minister are entirely separate from those of the judiciary. They are issues to do with administration. And these authorities are subject to judicial supervision," he added.

Prime Minister Erdoğan claims that the corruption charges are a conspiracy orchestrated by followers controversial US-based controversial imam Fetttulah Gülen which he insists has infiltrated the police and judiciary. "Some police officers, prosecutors and judges in this country are receiving orders not from the people, but from other places. The orders tell them to 'use all means [to target the government], and even take hits if necessary, and don't be afraid because such and such countries are behind us,'' Erdoğan said on Saturday.