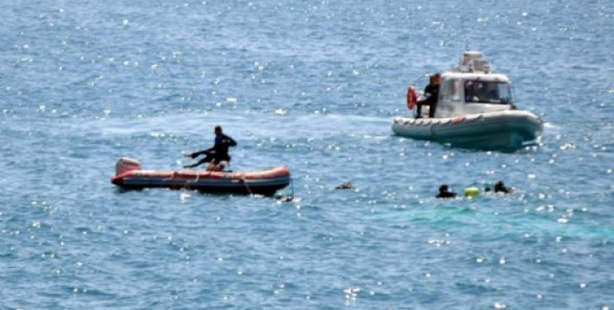 The boat, carrying immigrants from Afghanistan, Iran, Syria, Pakistan, Somalia and Myanmar, left the coast of Çanakkale in western Turkey. Immigrants aboard the inflatable boat, including six women and 11 children, were travelling to Greece's Lesbos island. Acting on a tip that a boat was about to sink, Coast Guard officials rushed to the aid of immigrants. The illegal immigrants were detained by Turkish police and will be deported.

Turkey is the preferred route of many illegal immigrants from the Middle East and Asia looking to reach Europe. Every year hundreds of illegal immigrants, many of which arrive via Iran and Iraq, smuggled into the country are captured. The Turkish economy's growth in recent years also led illegal immigrants to stay in Turkey instead of travelling onward to Europe, according to a report by Turkish police.

Turkey signed a readmission agreement with the European Union last year that stipulated Turkey will take back immigrants who illegally enter European Union member countries from Turkish territory before their deportation to their home countries.