Israel wants to cooperate with Turkey over natural gas delivery 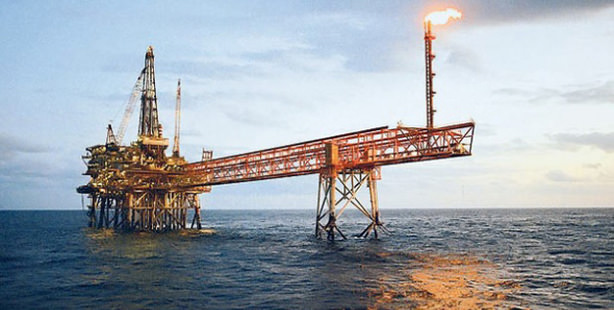 Despite tension, reconciliation between two countries necessary for economic perks

Israel, whose relations with Turkey deteriorated after Israeli soldiers killed nine Turkish nationals during an attack on the Mavi Marmara boat carrying humanitarian aid to Palestine's blockaded Gaza Strip in 2010, is looking to work with Turkey to deliver its natural gas to Europe via Turkey's undersea pipelines.

The Turkish-Israeli relationship improved slightly following Israel's official apology to Turkey regarding the raid and negotiations for compensation to the victims' families are being held to reach reconciliation between the two sides.

Israel is reluctant to move forward with the negotiations, as Israeli Prime Minister Benjamin Netanyahu is facing criticism from the opposition for his apology. It is expected that the talks for the project will begin after the Mavi Marmara compensation issue is solved.

Israel declared it wanted to cooperate with Turkey's four energy companies to deliver the natural gas discovered in the recent years. The total natural gas to be delivered via Turkey is reportedly between 10 and 17 cubic meters. Officials from Turkey's Ministry of Energy and Natural Resources officials said Turkey may cooperate with Israel if the reconciliation in Cyprus between the Turkish and Greek sides is successful, as Greek Cyprus will also benefit from the prospective project.

"Six pipes must be placed in Mediterranean Sea, which cost around $1.5 billion," said a Turkish official. "It is worth it to put the project into practice." Turkish officials stressed Turkey will be one of the partners of the project and not just build pipelines.

The officials also said the gas delivery project would help provide stability to the region. "If the gas project does not become real, Turkey's loss will not be huge," said the officials. "Turkish companies may be reluctant to be involved in the project unless Turkey is declared as a partner by Israel. Turkey does not aim to be only a transition point in Mediterranean. The project would play a significant role in the peace negotiations in Cyprus, as the gas reserves cannot be used if the conflict in the region continues."

Both Israel and Europe stand to benefit from linking to the existing pipeline from Azerbaijan that runs through Turkey.

According to experts, any other route for the gas from Israel to Europe may cost eight times more than the route passing through Turkey.