The Ministry of Family to defend the “Kabataş” case 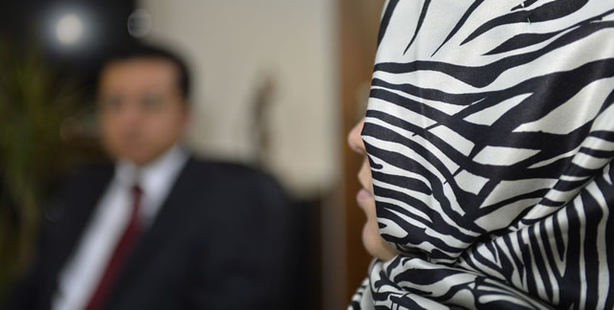 After certain media outlets attemped to whitewash the assault, the ministry steps in to protect the victimized mother

Zehra Develioğlu, the woman who was assaulted with her baby in Kabataş during the Gezi Park protests, will be defended by lawyers from the Ministry of Family. Although Develioğlu has a forensic report to prove that the attack happened, certain media outlets have recently tried to discredit her case.

Minister of Family and Social Policies Dr. Ayşenur İslam has ordered lawyers to defend the case and provide legal and psychological assistance to the mother.

According to information obtained by Sabah newspaper, legal consultats and social workers at the ministry have contacted Develioğlu, who refused to discuss the matter as she did not want to relive the traumatic experience. In response, officials of the ministry expressed that they would provide all support services given to women who faced violent attacks.

Develioğlu will be defended by the Ministry of Family under the framework of Law 6284 Protection of Family and Prevention of Violence Against Women. Investigations by the Istanbul chief public prosecutor's office continue.

Zehra Develioğlu was alledgedly attacked and harassed by a group of Gezi Park protestors on June 1, 2013 while trying to cross the road with her baby. She claims she was verbally and physically attacked by protestors until she passed out. When she awoke, she realized that someone had urinated on her.

Recent footage of the incident calls into question Develioğlu's claims, but the video has been rejected on the grounds that it was tampered with.