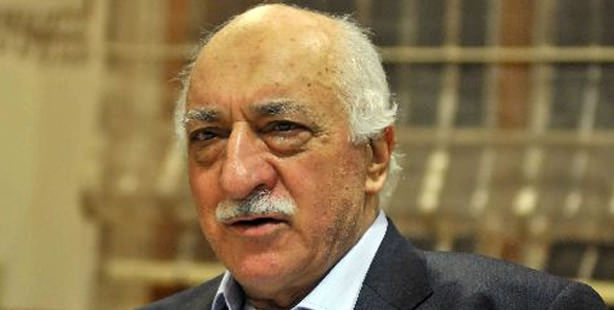 A few months ago, a wiretapping device was found at the prime minister’s office. Sources close to the Gülen Movement claimed the device was allegedly planted by members of the Turkey-Iran Inter-Parliamentary Friendship Committee, but recent findings indicate the Gülen Movement may have had a hand behind the scandal, as noted in Erdoğan’s speech

During a meeting organized to present the AK Party's local elections manifesto yesterday, Prime Minister Tayyip Erdoğan implied the Gülen Movement sought to place blame for the secret wiretapping device planted in his office on the United States after America became ensnared in controversies regarding its spying on international allies.

Recent recordings of Fethullah Gülen indicated that he has significant authority over what is published and broadcasted on the Movement's media outlets and what is omitted. When asked if there should be a news story about the wiretapping scandal involving the United States spying on Germany's Prime Minister Angela Merkel and other U.S. allies, Gülen said the Movement should avoid pushing the notion that the "U.S. is wiretapping everyone," as the Movement does not want to ruin their relations with the United States.
Gülen is currently in self-imposed exile in the American state of Pennsylvania.

"If you have enough courage, let people listen to the recently exposed tapes!" exclaimed Erdoğan. He called on the CHP to listen to the tapes and realize the degree of betrayal and realize how the Gülenists considered blaming the U.S. for placing wiretapping devices at the prime minister's office out of self-interest.

A few months ago, a wiretapping device was found at the prime minister's office. Sources close to the Gülen Movement claimed the device was allegedly planted by members of the Turkey-Iran Inter-Parliamentary Friendship Committee, but recent findings indicate the Gülen Movement may have had a hand behind the scandal, as noted in Erdoğan's speech.

The prime minister also emphasized it is crucial for his supporters to keep calm and raise awareness about the dirty plots of the parallel structure and not fall for any type of provocations.

Erdoğan underlined that the country is experiencing one of the most serious attacks to democracy and national will, but he has no doubt that the people will respond to the betrayals during local elections on March 30 through their votes. He introduced a 13,000 page compilation of the AK Party government's operations and activities throughout the country and noted that the AK Party will be appealing to the crowds through their 2023 goals. Naming CHP's policies as "empty-talk politics," MHP's as "insult politics" and BDP's as "tension politics," Erdoğan described the policies of the AK Party as "productive achievements" and "service to the people."