Online visas to be issued to foreign visitors to Turkey 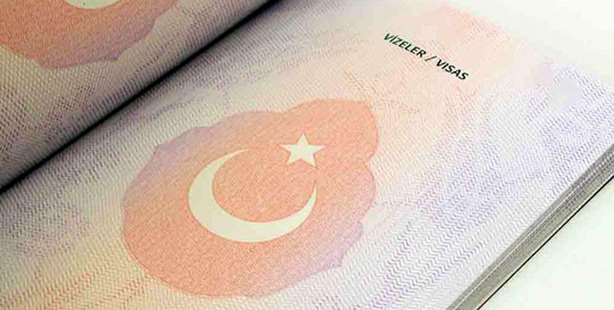 In accordance to new guidelines issued by the government upon request from the tourism sector, foreign visitors to Turkey will be able to procure visas online beginning in April

The practice, which will facilitate bureaucratic procedures, would replace the issuing of visas at the airports or border crossings upon arrival.

Individual visits to Turkey are currently subject to visa application for citizens of many countries.
The electronic visa system will eliminate long lines of these visitors waiting for visas at airports. Beginning on April 11, these online visas will be the only option for visitors requiring visas upon entry to Turkey. The system was first introduced last year on a smaller scale and will be expanded with the new guidelines.

Turkey's Touristic Hotels and Investors Association (TUROB) urged the government not to lift the visa stamp entirely, underlining that an electronic-only visa will hurt the tourism sector and claimed it raised concerns especially regarding tourists from European Union member countries. TUROB officials said they contacted the relevant ministries on the issue and officials at Ministry of Tourism and Culture, Ministry of Interior and Ministry of Foreign Affairs promised to continue visa stamp practice.

Visas for citizens of Angola, Bahrain, Bangladesh, Benin, Burkina Faso and 50 other countries will be issued for 30 days. Turkey requires visa from citizens of more than 90 countries.

The visa fee, which is currently $20, will remain the same in online system and only credit and debit cards will be accepted for online payment for the visa. Electronic kiosks will be installed at the airport terminals and border crossings and visitors will be able to print their visas through these kiosks upon arrival "in three minutes," according to the Ministry of Foreign Affairs. Electronic kiosks will also be installed at the airports with frequent flights to Turkey. Tour operators will be able to apply for group visas.