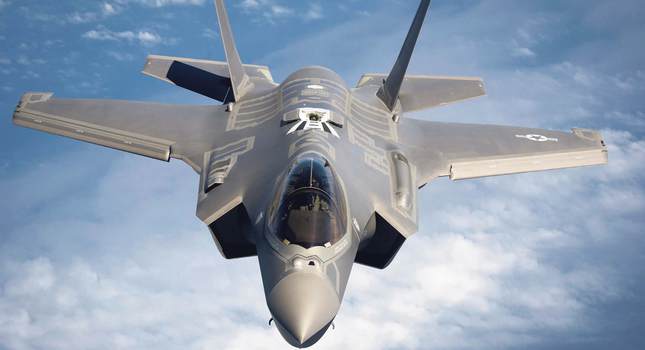 Turkey is on the verge of making considerable achievements in building a modern national defense industry with significant negotiations and purchasing deals in certain vital areas. Turkey is preparing to be a major R&D center in10 years

The Turkish government's efforts to modernize the local defense industry and turn it into major export revenue generator while updating the military's aging arsenal has created a growth-sector that is set to be the envy of the region.

Turkey's efforts to acquire a missile defense system, purchasing AWACS early warning system, participation in the building of the F-35 - a third-generation fighter jet - while designing one of world's most up-to-date tanks and other various military equipment, has shown the global arms industry that it is one of the biggest high-tech weapons market.

This seems to be one of the reasons why Turkey's preliminary decision to purchase a Chinese make missile defense system caused an uproar. Experts now say Turkey is considering a European system instead.

SSM Undersecretary Murad Bayar spoke to reporters on Thursday and said "Our talks with China are ongoing. We have extended the bidding until the end of April. We are aiming to achieve results in early April on this." Bayar's remarks were interpreted by some as Turkey's hope to finalize the deal with China for the purchase of long-range missile defense systems by April.

However, sources in Ankara believe that a price amendment may increase the chances of Eurosam SAMP/T. According to a source from SSM, the European company updated their offer and lowered its price estimate to just under $4 billion.

A few weeks ago, Turkey's Foreign Minister Ahmet Davutoğlu said that Ankara had not yet decided which missile defense system it would buy and was open to bids from other companies. "If the other two companies give us the assurance of a joint production in Turkey and the transfer of technology, of course we wish to have this with NATO allies." Davutoğlu said.

According to sources in the Turkish Foreign Ministry, officials from Eurosam SAMP/T are in talks with Turkish officials. A source added that joint production and technology transfers have been put on the table during the negotiations.

The Chinese manufacturer of the FD-2000 missile system, the state-run CPMIEC, has been on the U.S. State Department's sanctions list since February 2013 due to proliferation concerns.

Defense industry expert Oytun Kan shares similar sentiments. "Compatibility of the missiles with the NATO system was a pre-qualification of SSM for the bidder companies. Therefore I personally don't think that Chinese missile systems don't have a compatibility problem," Oytun Kan said.

However the expert believes that political decisions will indicate the decision to buy: "Purchasing a high costly missile defense system is a strategic decision, thus international politics will be taken into account when the decision is made." Furthermore, the recently passed U.S. Defense Authorization Bill could undercut Turkey's missile defense deal with China.

Meanwhile, U.S. defense industry giants including Raytheon and Lockheed Martin announced that they are prepared to provide alternative systems if the Turkish government is willing to reconsider its earlier decision.

Turkey is likely to start ordering F-35 fighter jets built by Lockheed Martin Corp from 2015 onwards and it will start with two orders initially, Turkey's Undersecretary for Defense Procurement Agency Murad Bayar said. "We will start F-35 orders either this year or the next. Right now, it is likely to be next year," Bayar told reporters. "We will initially order two. Depending on orders, delivery will probably be in 2017-2018."

Turkey had already announced its plans to buy 100 F-35 jets for $16 billion. Bayar said he expected the delivery of 100 aircraft to be completed within 10 years. The F-35, considered to be the world's most expensive weaponry program at $396 billion thus far, was designed to be the next-generation fighter jet for the U.S. forces.

It is being built by the United States, Britain and seven other co-development partners - Italy, Turkey, Canada, Australia, Denmark, Norway and the Netherlands.

Separately, Bayar said Turkey was aiming to achieve results in April on its talks with China over the purchase of long-range missile defense systems - a move highly criticized by Turkey's NATO allies.

Turkey's military has accepted delivery of its first Boeing-made surveillance aircraft, part of a $1.5 billion project to modernize its air force, as Turkish media outlets report. The first of four so-called AWACs - airborne early warning and control aircraft - was brought into the Turkish Air Force in a ceremony in the city of Konya.

The new "Altay" tank is on the way to becoming one of the world's most advanced combat platforms of its type, as one of the latest generations of Main Battle Tanks (MBT) currently in development. It is also a symbol of national pride as it is the first MBT in the history of Turkey to undergo mass production.

If the Altay successfully passes testing and evaluations of its various automotive and technological systems, it is expected to come into operational service in 2015-2016. The Turkish government initially plans to manufacture 250 vehicles, with an eventual goal of 1,000 to be manufactured in batches in the future.

The triumph of the Altay tank program will pave the way of manufacturing national battle tanks that can compete with the modern systems of the world.

Production is scheduled to ensue out of the 1st Army Maintenance Center Command facility. Each Altay system is expected to cost nearly $5.5 million. At the end of the project, the Altay can favorably be compared with other well-known combat tank systems, including the M1 Abrams, Merkava, Challenger II and Leopard 2.