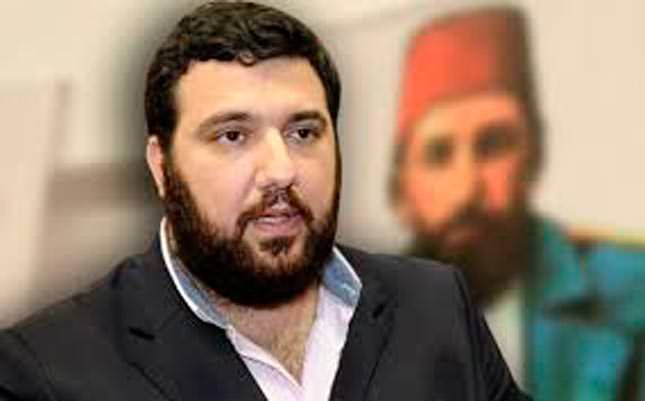 The grandchildren of the Ottoman Empire's Sultan Abdülhamid II took their claims of properties owned by the late sultan to court. A Turkish court will hear their claims on March 27

Osmanoğlu said the lawsuit was culmination of a legal process that started about four years ago and was not new as reported in some Turkish media outlets. "It has been a couple of years since we first appealed to the court for the lawsuit," Osmanoğlu said.

He said their claim was for the return of properties owned by Sultan Abdülhamid II to which the family has personal title deeds in the name of the sultan. He added the family was upset over possession and the use of these properties by others.

The lawsuit is based on violation of property rights of the family members "due to misinterpretation of the law on the abolition of the Caliphate and deportation of Ottoman dynasty members," said the family. The plaintiffs demand the court to issue them an inheritance document naming them the legal heirs and removing any restriction on the return of these properties.

Osmanoğlu said it was too early to talk about the verdict or the process of the lawsuit but emphasized the family would never take the lawsuit to international courts if it fails to reach a settlement on the issue at Turkish courts. "We wouldn't do that. We would like to settle this matter here in our country, with our nation and in the best way for everyone,"
Osmanoğlu said.

In his earlier statements to the Turkish media, Osmanoğlu criticized some news reports and debate on social media that claimed the family sought the return of entire towns. He has said that the descendants sought the reinstatement of the royal family's properties only and dismissed reports over their alleged claims to the towns. "Then, we would own all of Turkey but it is out of question," said Osmanoğlu. "We only want my grandfather's personal properties returned and we will seek ways to do it as the lawsuit progresses."

Real estate properties of Sultan Abdülhamid II were transferred to imperial treasury by his brother and successor, Mehmet V, who was forced to issue a decree to giving up the lands in 1909 by the Committee of Union and Progress. The Committee ran state affairs during the decline of the Ottoman Empire.

Abdülhamid II, deposed in 1909 and exiled to what today is Thessaloniki, donated all his personal finances to the Ottoman army.
In the 1940s, the royal family, with many members living in exile abroad, filed several lawsuits for the reinstatement of properties but these lawsuits failed to return the properties to family members.

Although the royal family was allowed to return to Turkey years after the collapse of the Ottoman Empire in 1949, a constitutional amendment blocking their inheritance claims was enacted.

A number of royal family members who had been living in the U.K., Syria, Lebanon and Germany returned to Turkey in recent years, although there are still descendants of Abdülhamid II, who ruled the Ottoman Empire for 33 years, living abroad. Prior to formally filing the lawsuit, descendants abroad and in Turkey, through their lawyers, determined which real estate properties their grandfather owned in Turkey.

The family was encouraged to start the legal process after Turkey agreed the implementation of a European Court of Human Rights (ECHR) protocol for the protection of property rights that paved the way for the debate on return of properties seized by the state. Deposed monarchs of Europe, such as Greece's Constantine II, were paid compensation after a ruling by the ECHR for what they claimed was illicit confiscation of their lands following the abolition of the monarchy.