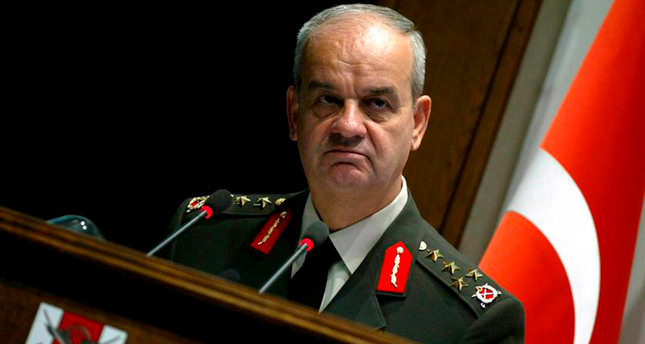 After spending 26 months of his life sentence in prison, Ilker Başbuğ's appeal to Turkey's constitutional court rules in favor of ex military chief

Ankara (Reuters) - Turkey's constitutional court ruled on Thursday in favour of former military chief Ilker Başbuğ's appeal against his detention on a life sentence for plotting against the government, saying his right to freedom had been violated.

The ruling paved the way for his possible release by a lower court and could be a precedent for more than 200 other defendants jailed for their alleged roles in the 'Ergenekon' conspiracy against the Turkish government.

Başbuğ has been held in Silivri prison near Istanbul for 26 months in connection with the 'Ergenekon' case, a trial which helped tame Turkey's once all-powerful military.

The top tribunal said the failure of the lower court to publish its detailed verdict on the case and send it to the appeals court had violated a constitutional clause concerning personal freedom.

"It was decided ... to send to the (lower) court a request to do what is necessary in ruling on the applicant's release demand," the constitutional court said.

The five-year trial, which reached a verdict last August, was a key moment in a decade-long battle between AK Party and a secularist establishment that had led modern Turkey from its foundation by Mustafa Kemal Atatürk.

Erdoğan is now engaged in a power struggle with a former ally, U.S.-based cleric Fethullah Gülen, whom he accuses of using influence in the judiciary and police to target the government. Gülen denies this.